On Friday, March 15, 2019, Cooper University Health Care will go blue to recognize Colorectal Cancer Awareness Month. Employees throughout Cooper are encouraged to wear blue that day to show their support and raise awareness about colorectal cancer screening. Cooper University Hospital in Camden will also set its lights to blue outside of One Cooper Plaza and in the Roberts Pavilion lobby. The Benjamin Franklin Bridge, The Florio Center for Research, and the new Subaru headquarters building will also join us in turning blue for the month of March! 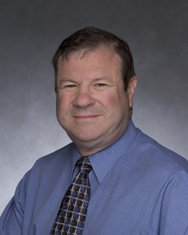 Colorectal cancer is the second most deadly cancer in the United States, but the good news is that it is one of the most preventable types of cancer. Yes, colorectal cancer can be prevented – not just detected – through colonoscopy.

Most colorectal cancers develop from polyps, which are abnormal growths in the colon. If polyps grow unnoticed and are not removed, they may become precancerous. The primary goal of a screening colonoscopy is to find and remove any abnormal growths or polyps. Because polyps may go through precancerous stages and eventually become cancerous, removing them during a colonoscopy eliminates the risk of polyp growth, thus preventing colon cancer. The development of more than 75 to 90 percent of colorectal cancer can be avoided through early detection and removal of precancerous polyps.

Screening is very important as most early colorectal cancers produce no symptoms. The following symptoms do not always indicate the presence of colorectal cancer, but should prompt a visit with your physician: Blood in or on the stool, change in stool caliber or shape, new onset abdominal pain, a change in typical bowel habits, constipation, or frequent diarrhea.

Although colorectal cancer can present at younger ages, it is most common after age 50 (45 for African Americans). It is generally recommended to get colonoscopies every 10 years, but as we learn more about the role of genetics predisposing certain populations to colon cancer, many people may need to be screened earlier and more frequently.

It is important to remember that the best screening test is the test that is done — and any test is better than no test. To determine which screening test is best for your individual needs, speak with your doctor. The gold standard is a colonoscopy which is a direct exam of the colon. It can both detect and remove polyps. Other screening exams include stool test for blood (FIT), barium enema (X-ray), stool DNA (Cologard), and CT colonoscopy. If any of these alternate tests are positive then a colonoscopy should ensue to assess further for pathology.

Remember, for average risk individuals with no symptoms, screening should begin at age 50 (45 for African Americans). If you have symptoms or increased risks, speak to your doctor. What other ways can you reduce colon cancer risks? Don’t smoke, limit alcohol consumption, exercise, and maintain a healthy weight. Also be sure to eat plenty of fruits, vegetables, and whole grains.

Jack Goldstein, MD, FACP, FACG is a Gastroenterologist with the Digestive Health Institute at Cooper.