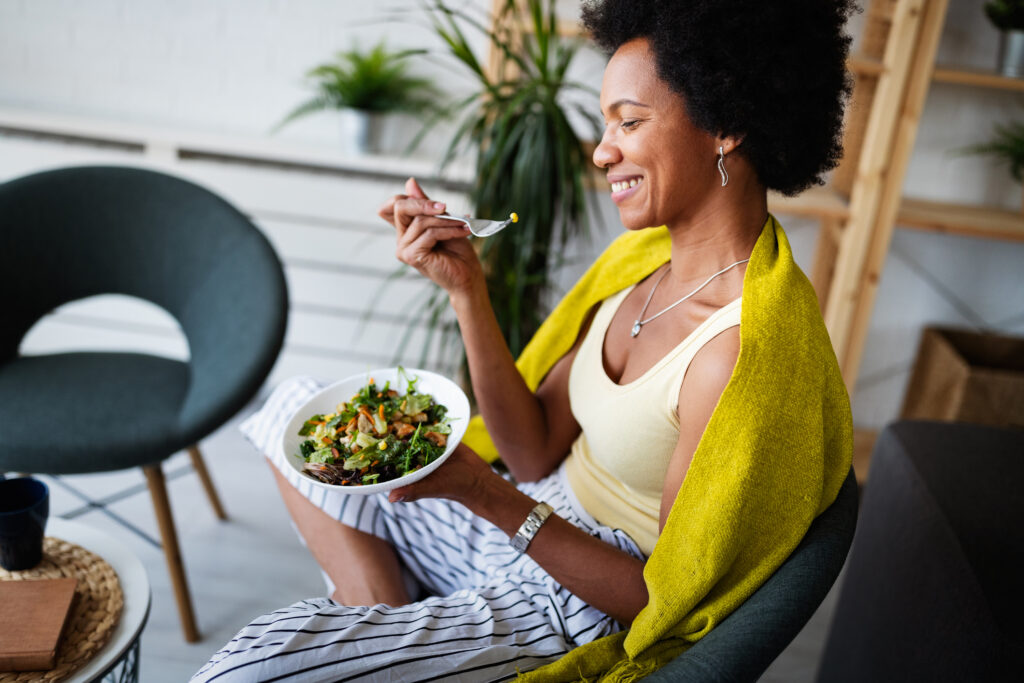 With the start of the new year, many of us have pledged to pay more attention to what we eat. Adding extra servings of fresh fruits, vegetables, and whole grains to our diets are positive steps.  Making good decisions, however, can be tricky once we venture out of the produce department.

“Statements such as ‘all-natural,’ ‘naturally sweetened,’ and ‘gluten-free’ can be misleading,” says Josie Raum MS, RD, CSWOM, a registered dietitian at Cooper University Health Care. “To really understand what is in your food, the nutrition label and ingredient list are the best places to see if your choices are as healthy as you think.”

Raum says too much sugar can be a problem.  There are a few red flags to look out for regarding sugar content in foods and drinks, processed and refined grains, and gluten-free options.

Here’s a list of 13 foods that may undermine a healthy diet:

Single-serving packets contain processed oats and added sugar. These oats may lead to you feel less full and satisfied than you may have hoped.

Better choice: Stick to oats sold in the cardboard containers.  You can boost the flavor of these oats with spices such as nutmeg or cinnamon.  Adding fresh or frozen fruit can increase fiber and deliver more nutrition than the prepackaged instant oatmeal options.

Steel-cut oats are even healthier. They provide long-lasting energy and promote weight loss. Try making your own overnight oats with a combination of regular and steel-cut oats, fresh fruit, spices, unsweetened nut milk, and chia seeds.

Granola can be a great way to increase your intake of fiber and healthy fats, and help create a filling meal. However, it is important to look at the nutrition label for the serving size and the calories per serving. Granola’s serving size is usually just 1/4 to 1/3 cup, which can be anywhere from 150-200 calories. If you are not measuring this out, you may be taking in too many calories.

Better choice: Look for brands with a fiber content of 10-15% daily value (DV) and less than 12 grams of sugar. Don’t forget to check the serving size so you can portion it out.

Protein bars can be great to have on hand as a meal on the go, but they shouldn’t be used as snacks. They can also be loaded with sugar, or with sugar alcohols that can cause bloating and GI distress. Many protein bars are no better than your average candy bar.

Better choice: Look for a bar that has a short list of ingredients that you might find in your kitchen, such as unsweetened dried fruit, eggs, nuts, seeds, and coconut oil. Try for less than 12 grams of sugar and a fat content of 5% or less of the DV.

Gluten-free products are popular, with people choosing them even if they do not have gluten sensitivity.

But just because something says gluten free, it does not mean that it is healthy.

“I remind my patients that French fries are gluten free, but that doesn’t mean you should eat them daily,” Raum says. “Manufacturers have to replace the gluten with other starchy ingredients to make the products hold together.” Those ingredients include refined grains, which lack fiber, such as potato, tapioca, cornstarch, and rice flour.

Better choice: If you prefer to choose gluten-free products, select those that contain healthful fiber such as those made with quinoa, chia, brown or wild rice, sorghum, and oats.

Processed fruit and vegetable juices seem like healthy options, but fiber, the most nutritious component of fruit, is removed during processing. Additionally, the average store-bought fruit juice can have as much as 30 grams of sugar—the equivalent of 7.5 teaspoons of sugar—per serving. That’s the same amount of sugar in an 8 ounce soda.

Fat is not bad as long as you choose healthy versions, such as those made with avocado, flaxseed, nuts, and olives. When fat is removed from a food product, it is often replaced with sugar, salt, high-fructose corn syrup, or other ingredients to improve the flavor.

Leftover roast turkey straight from the bird is great, but the version you get at the deli counter is usually full of sodium and preservatives. The same is true for other deli meats.

Better choice: A great option is turkey breast carved off the bone to limit the processing of the meat. To tell if prepackaged options are high in sodium, use the percent daily value (%DV) information on the Nutrition Facts label. A low-sodium choice is 5% or less, while a high sodium choice will be 20% or more.

Many smoothies contain juice, which doesn’t provide fiber, and may include added sugar.

Caesar salad is one of the worst offenders masquerading as healthy. The dressing is high in calories and fat and the extra parmesan cheese and croutons add even more calories to what you thought was a healthy option.

“You need to think about sources of added calories, such as cheese, creamy dressings, or meat that has been coated and deep-fried,” Raum says.

Better choice: Salads made from a variety of greens provide great nutrition. Spring mix or spinach salads contain more nutrition than romaine or iceberg options. Increase the bulk of the salad with a variety of veggies or fruit and try a vinaigrette dressing to keep calories low.

“Many sports drinks are not much more than Kool-Aid with better packaging,” Raum says. “They contain mostly sugar, water, and artificial flavor and coloring. There are healthier options for replacing the electrolytes they offer.”

Better choice: Water is always the best choice, but if you need added flavor consider infusing your water with fresh fruit.

Trail mix first became popular because it was a portable, lightweight, and calorie-dense snack that gave long-distance hikers and other active people the energy they needed to sustain themselves. It contained primarily nuts, seeds, and dried fruit.

The once-healthy snack has gradually morphed into a candy grab bag, with added high-calorie ingredients such as sweetened dried fruits and chocolate, or yogurt-coated ingredients.

“When you eat too much of it, you end up consuming a lot more calories than you think, and most of them come from the sugar from the candy and fat from the nuts,” Raum says.

Nut and seed mixes with no candy or “yogurt” coating, sweetened fruit, added oils, or sweeteners. You can make your own mix with your favorite nuts and seeds, goji berries, unsweetened coconut flakes, and a sprinkling of unsweetened dried fruit. If store bought, always read the label for the calories in a serving size.

A dip that includes spinach, artichokes, or cucumbers may not be a healthy choice. These dips also usually include sour cream, cream cheese, or mayonnaise, which are high in saturated fats with little nutritional value.

If you want to ensure that you are making healthy choices for yourself and your family, it’s important to put on your detective hat. Ignore the prominent claims on the front of the package, and flip it over to check the ingredient and nutrition labels. They provide a wealth of information that will give you the real story of how “healthy” a product actually is.

Your primary care physician is a great place to begin a discussion about how to eat better.  If needed, they can refer you to a dietitian who can help you achieve your health goals.

If you don’t already have a primary care provider, call 800-8-COOPER (800.826.6737) or use our online appointment form to make an appointment with one of our physicians or advanced practice providers.