Today, Cooper joins our colleagues across the country in celebrating National Women Physicians Day, which is the birthday of Dr. Elizabeth Blackwell, the first woman to receive a medical degree in the United States in 1849.

Women represent nearly half of all medical school graduates and assistant professors at academic institutions. Here at Cooper, 44% of our physicians are women. In recognition of the compassionate, quality care they provide and the many accomplishments they have achieved, Cooper’s Women In Medicine group are proud to share the work of some of our women physicians with you.

This year, we’re spotlighting four of these remarkable physicians: Carolyn Bekes, MD; Jocelyn Mitchell-Williams, MD, PhD; Annette Reboli, MD, and Andrea M. Russo, MD. To read more about the contributions of some of our other exceptional women physicians at Cooper, click here. 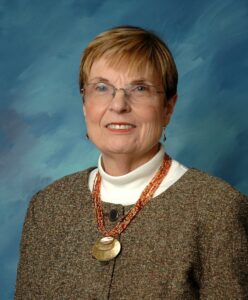 is a critical care physician who currently is Professor of Medicine at Cooper Medical School of Rowan University.  She is board-certified in Internal Medicine, Nephrology and Critical Care Medicine. A graduate of Jefferson Medical College, Dr Bekes joined the staff of Cooper University Hospital in 1977 as the Director of the Intensive Care Unit, a position she held until 1993 when she was asked to develop Cooper’s Clinical Outcomes program. She served as Vice President for Medical Affairs at Cooper from 1993 to 1999, at which time she was appointed Executive Vice President for Medical Affairs and Chief Compliance Officer. From 2003 to 2012, she has served as the Senior Vice President for Academic and Medical Affairs, and was Cooper’s Chief Medical Officer from 2009 to 2012.

A resident of Cherry Hill, Dr Bekes has also been a foster mother for two Vietnamese children, and has had many cats and a dog – all rescues.