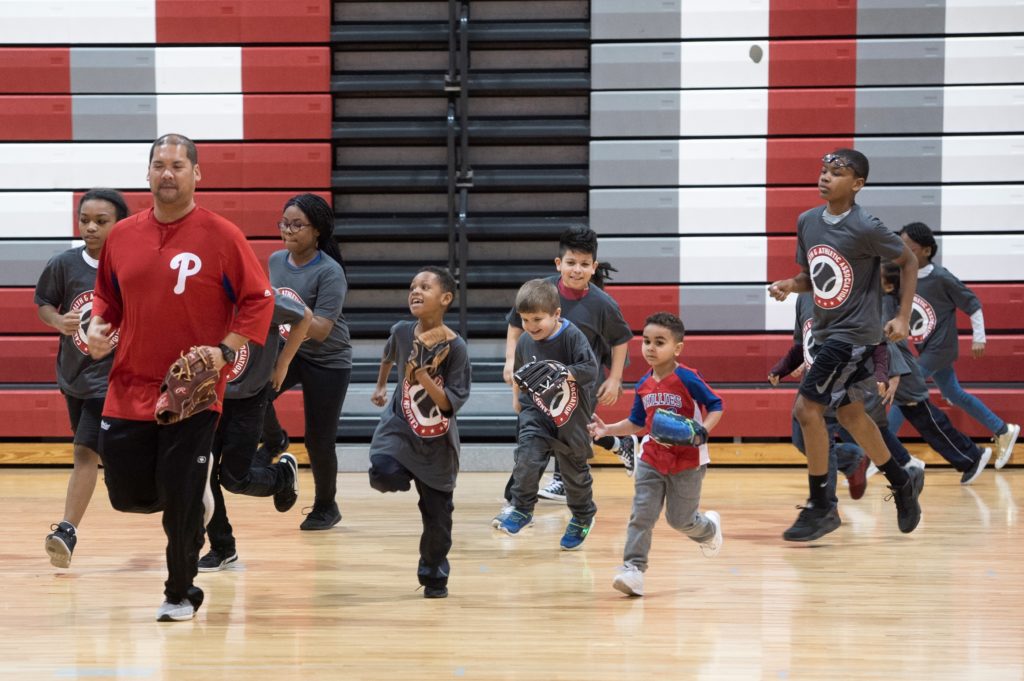 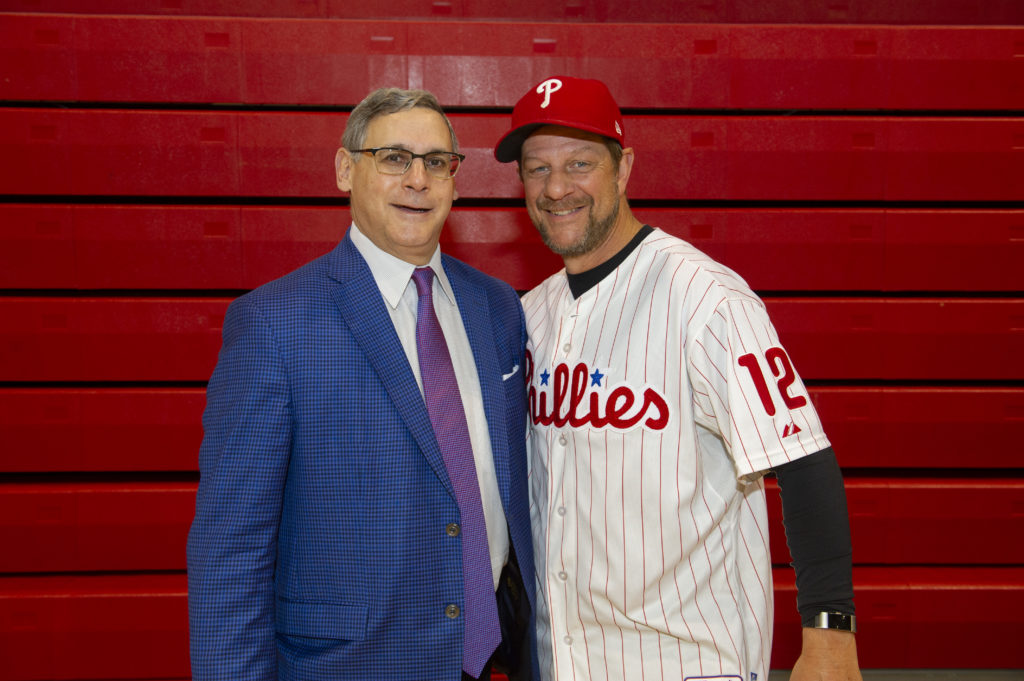 Michael H Goodman, MD, Chairman and Chief of the Department of Pediatrics at Cooper, with Mickey Morandini.

More than 80 children participated in the clinic, which offered boys and girls between the ages of 5 and 16 the opportunity to learn more about the sport and practice fundamentals. The clinic, held at the Rutgers Camden Gymnasium, featured four play stations including base running, infield drills, outfield drills and hitting. Attendees received pro tips from special guest Mickey Morandini, former All-Star second baseman and coach, who played for the Philadelphia Phillies.

“The Camden Health & Athletic Association is committed to ensuring that all children have the opportunity to be part of a team and our free Skills & Drills Clinics are great opportunities to get into the game,” said Susan Bass Levin, President and CEO of The Cooper Foundation, a founding member of CHAA. “We are thrilled that the Phillies joined us and we look forward to future partnerships.”

In addition to practicing skills, the Phillies Jr. RBI employs a noncompetitive environment where children learn that winning is not the most important aspect of the game. Instead, they are encouraged to learn the rules, proper techniques and to have fun while being a good teammate.

“We were excited to work with CHAA to bring the Phillies RBI program to the children of Camden,” said Jon Joaquin, Director of Youth Baseball Development for the Philadelphia Phillies. “This clinic gave us the opportunity to provide physical instruction and positive motivation to kids before they get out on the field.”

“Seeing kids have the opportunity to try something new and improve their skills is what it’s all about,” stated Al Dyer, Executive Athletic Director of CHAA. “I’m proud that CHAA can provide these opportunities for young athletes in Camden.” 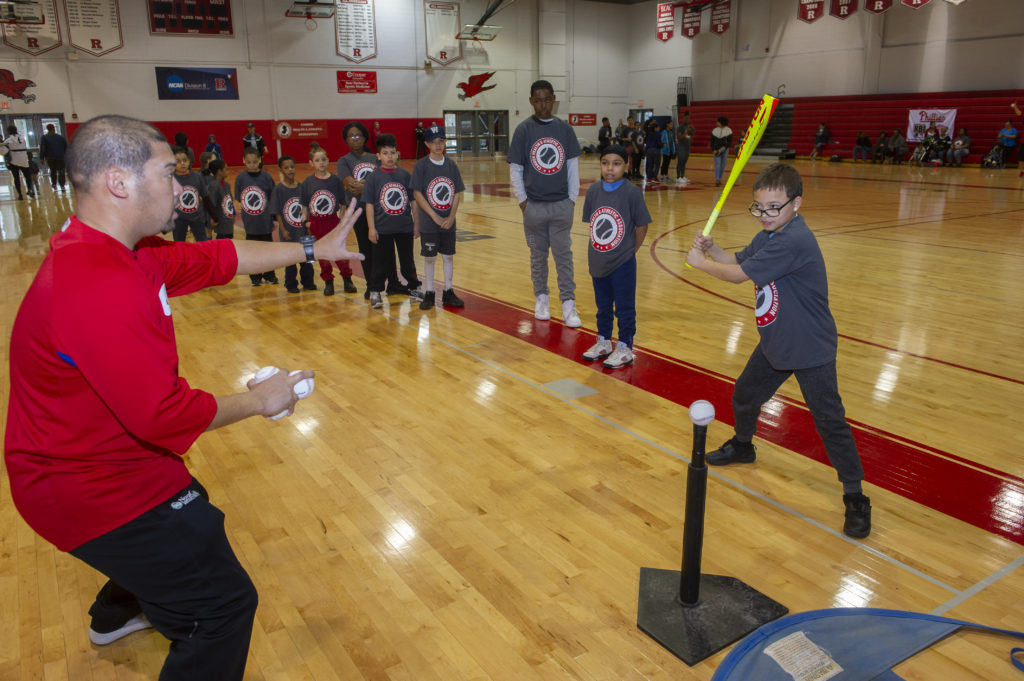 About the Camden Health & Athletic Association

The Camden Health & Athletic Association is a nonprofit organization dedicated to expanding Camden’s youth sports programs and health initiatives in Camden. The Association launched in June 2016 with a $1 million initial investment by The Cooper Foundation of Cooper University Health Care, the Norcross Foundation and AmeriHealth New Jersey.

About the Phillies RBI Program