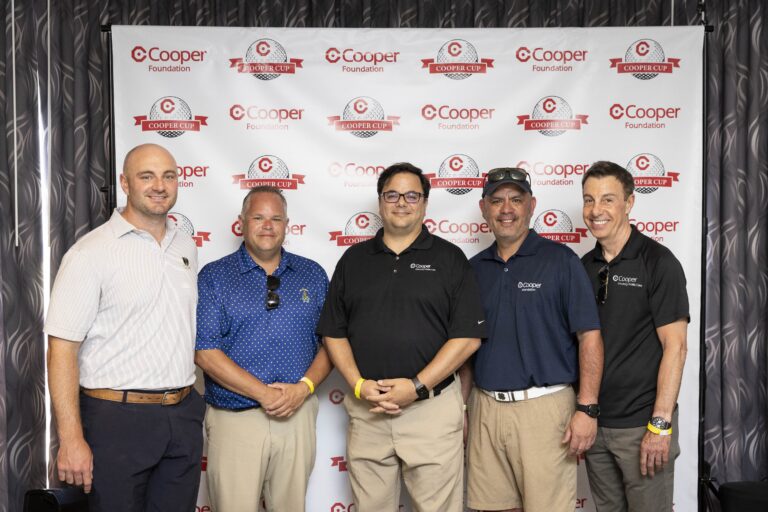 More than 140 golfers attended the sold-out event held during Men’s Health Month, which focuses on raising awareness of preventable health problems and encourages early detection and treatment of disease among men and boys.

“After the challenges of the past year and half, we are thrilled at the turnout and backing from our dedicated supporters at the inaugural Cooper Cup Golf Outing,” said Philip A. Norcross, chairman of The Cooper Foundation Board of Trustees.

“We are extremely grateful to all of our sponsors for making this first-year golf outing an outstanding success and helping us raise funds for programs and services in support of our mission at Cooper,” said Kevin O’Dowd, JD, co-CEO of Cooper University Health Care.

“Our commitment to care was uninterrupted throughout the pandemic, and the funds raised at this event will help us continue to offer the highest level of care and services to the community,” said Anthony J. Mazzarelli, MD, JD, MBE, co-CEO of Cooper.

The Cooper Foundation serves as the philanthropic, community outreach, and community development arm of Cooper University Health Care, a leading academic health system with more 8,500 employees and more than 800 employed physicians. Cooper University Hospital is the only Level 1 Trauma Center in South Jersey and the busiest in the region.  Annually, nearly two million patients are served at Cooper’s 635-bed flagship hospital, outpatient surgery center, three urgent care centers, and more than 105 ambulatory offices throughout the community.