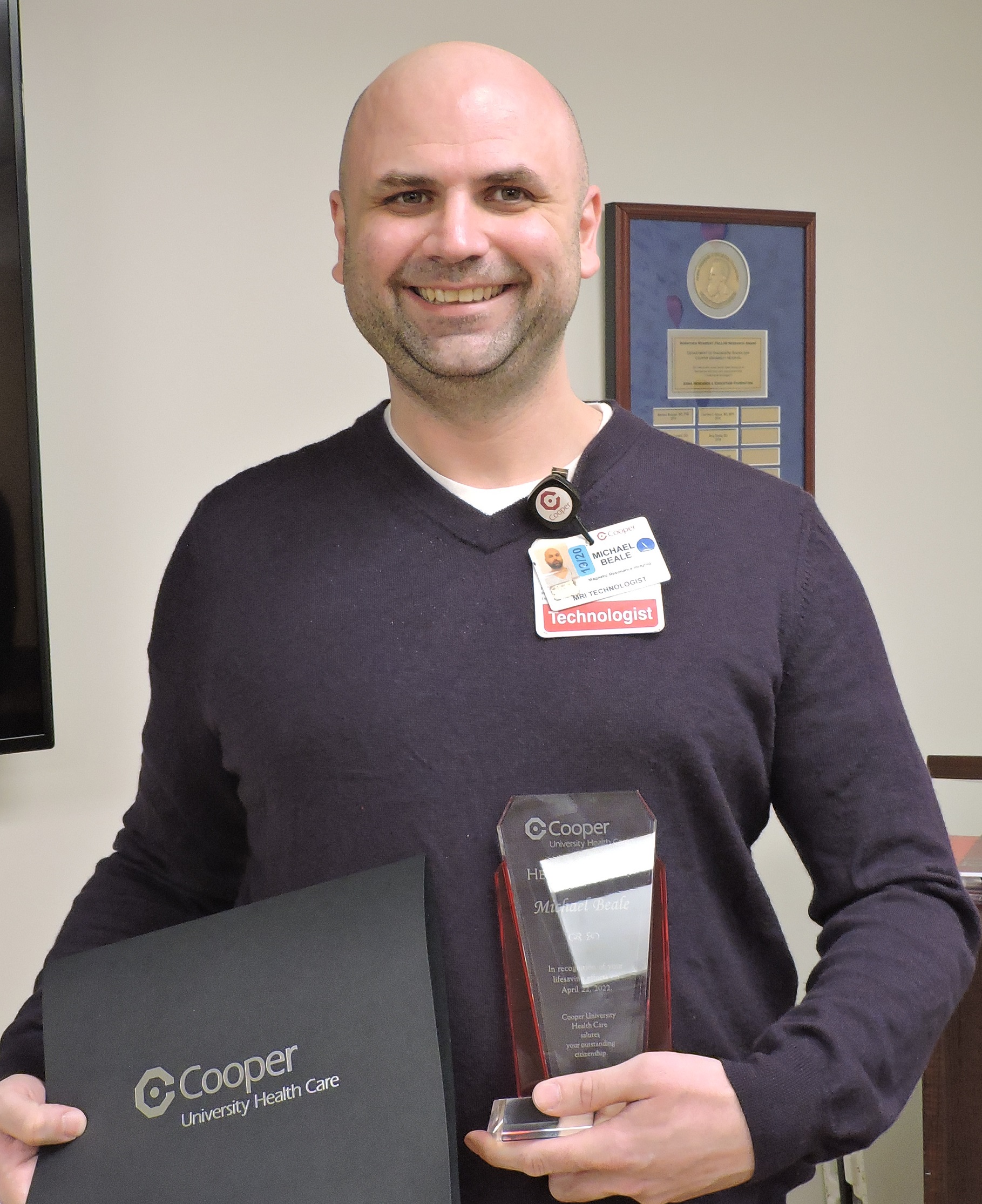 On August 4, 2020, MRI Tech Mike Beale was honored by executive leaders at Cooper University Health Care with the Cooper Heroism Award for  his heroic actions after witnessing an accident on his way to work last April.  Mike notice the man on the side of the road and stopped and performed CPR until police and emergency responders arrived. Following his heroic actions he reported to work for his overnight shift as normal. Later in his shift, Mike again assisted the patient by performing an MRI scan on him.

Thank you, Mike, for going above and beyond and living the Cooper mission — to serve, to heal, to educate. 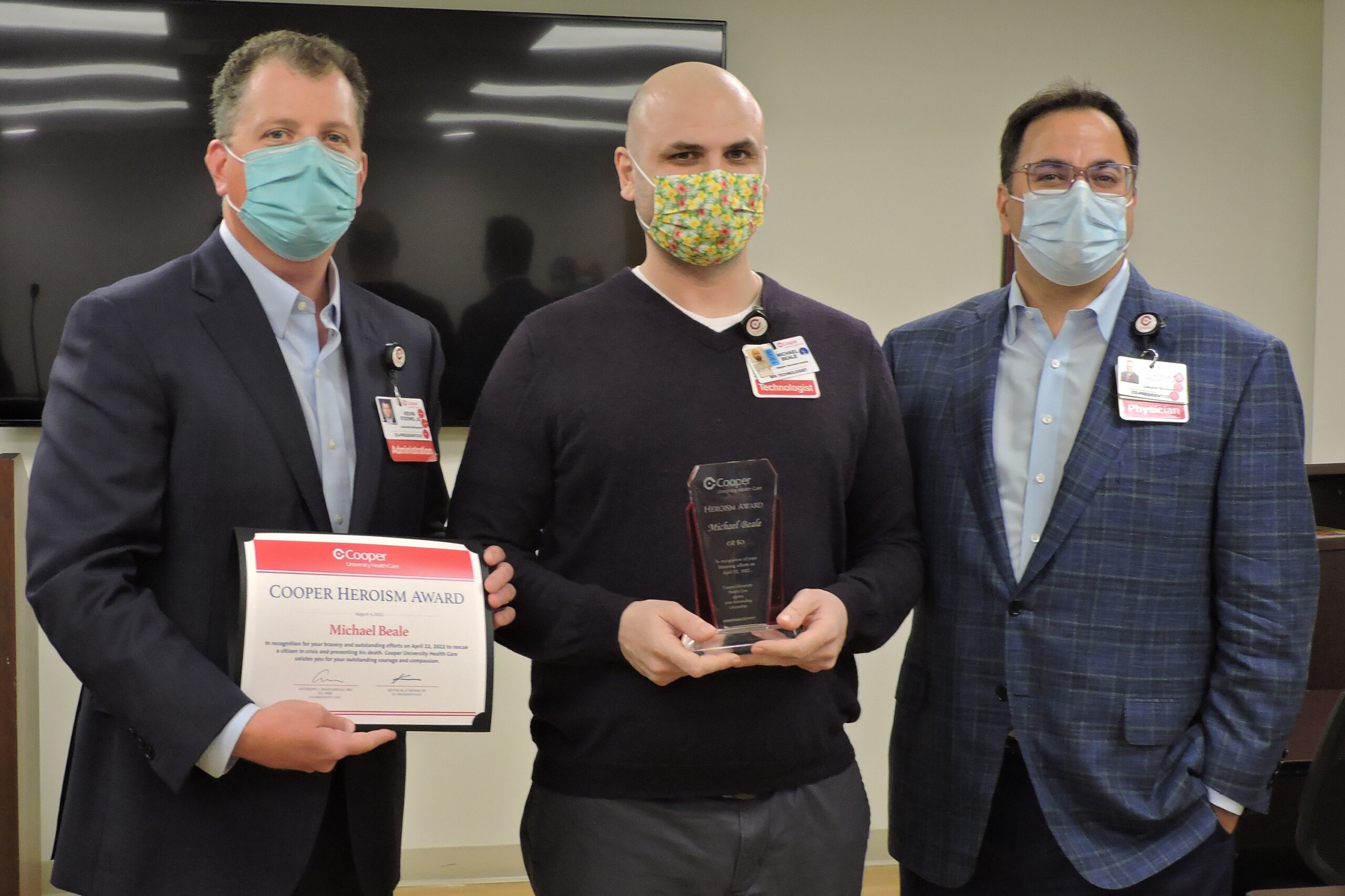