It is estimated over 650,000 people in the United States currently have implanted cardiac devices (ICD’s) designed for defibrillation. Cooper University Hospital has recently become one of the first U.S. centers to participate in a ground-breaking clinical trial examining the safety and efficacy of therapy utilizing an entirely subcutaneous cardiovertor-defibrillator (ICD). The S-ICD® System IDE Clinical Study from Cameron Health Inc. is a prospective, non-randomized, multicenter clinical study being conducted in the United States, Europe and New Zealand. The study will evaluate a completely subcutaneous pulse generator and subcutaneous electrode system to treat ventricular tachyarrhythmias and sudden cardiac arrest. Cooper was the first center in the region to receive approval for enrollment in the study. Plans are underway to expand to a total of 25-30 sites internationally. The S-ICD clinical study is under the direction of Andrea M. Russo, MD, Director of the Cooper Electrophysiology and Arrhythmia Service at the Cooper Heart Institute. Center selection was based on the level of clinician expertise and experience with implantable devices, as well as a demonstrated commitment to exploring technological advances.

Cooper is the only center in New Jersey, and one of only two in the Delaware Valley currently offering this innovative therapy. 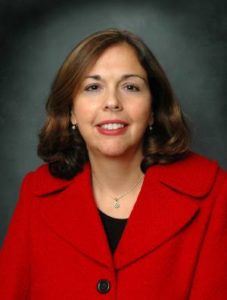 “This is a truly ground-breaking trial,” says Dr. Russo. “ICD implantation traditionally requires placement of one or more transvenous leads. Potential complications arise from both conventional implant procedures and the long-term presence of leads. These are problems potentially avoided by an entirely subcutaneous device.”

Implanted subcutaneously and slightly to the left of the sternum, the S-ICD system is capable of delivering 80 joules of energy. The lightweight SQ-RX pulse generator rests just outside of the left axilla.

Inclusion criteria for the S-ICD trial is based on the standard primary and secondary prevention indications of sudden cardiac arrest used for conventional device implantation, and are outlined in the ACC/AHA/HRS implantation guidelines.

Findings from prior S-ICD system studies have recently been reported in the New England Journal of Medicine. Results have been promising, including a 100 percent successful detection and treatment of spontaneous, potentially life-threatening arrhythmias during follow-up of study patients.

“At this time, conventional ICD therapy remains the most appropriate choice for many patients,” says Dr. Russo. “However, the S-ICD offers a compelling alternative for select patients, including: 1) young patients who face a lifetime of potential risks from serial lead replacement; 2) patients who are resistant to device implantation because they do not want leads threaded into their heart; and 3) patients who have limited venous access for a variety of reasons. The S-ICD offers the prospect of increased patient acceptance of a therapy that quite literally can save lives.”

To learn more about the S-ICD or other Cooper Electrophysiology and Arrhythmia Program trials please call: 856.968.7096.