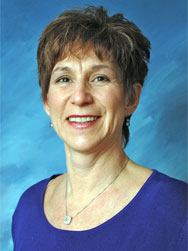 You may have heard of a newly identified allergy referred to as the “tick-bite” or alpha-gal allergy. This type of allergy develops from a reaction to the alpha-gal sugar (carbohydrate) molecule, which is found in mammalian meat sources (cows, sheep, and pigs) as well as mammal-derived products including some medications, cosmetics, vaccines, gelatin, and milk products. While still relatively uncommon, allergy specialists are beginning to see an increase in the alpha-gal allergy associated with tick bites.

In the United States, the condition most often is associated with Lone Star tick bites and occurs because of a chain of events. First, the tick feeds on a mammal carrying the alpha-gal sugar molecule. If the tick subsequently bites a human, the alpha-gal molecule can then be transmitted to that person, who in turn builds up antibodies to the substance. Later, if the infected person eats a meat source that contains the alpha-gal molecule, an allergic reaction occurs.

The Lone Star tick is found predominantly in the southeastern United States, and most cases of alpha-gal syndrome occur in this region. However, the condition appears to be spreading farther north and west as deer carry the Lone Star tick to new parts of the United States. Alpha-gal syndrome also has been diagnosed in Europe, Australia, and Asia, where other types of ticks can carry alpha-gal molecules.

Researchers now believe that some people who have frequent, unexplained anaphylactic reactions — and who test negative for other food allergies — may be affected by alpha-gal syndrome and develop a food allergy to meat because of it. Currently there is no treatment other than avoiding meat products. As a rule of thumb, those affected should avoid eating meat from mammals. When in doubt, remember: Four legs = bad; two legs = good. For example, cow (beef), sheep (lamb), pig (pork), and deer (venison) should be avoided. But meat from fowl such as chicken or turkey is fine for consumption as birds do not carry the alpha-gal molecule.

Signs and symptoms of an alpha-gal allergic reaction are often delayed compared with other food allergies. Most reactions to common food allergens — peanuts or shellfish, for example — occur within minutes to a few hours of exposure. In alpha-gal syndrome, signs and symptoms typically don’t appear for three to six hours after eating meat. Researchers think the hallmark time-delayed reaction of alpha-gal syndrome is due to the alpha-gal molecules taking longer than other allergens to be digested and enter your circulatory system.

Signs and symptoms of alpha-gal syndrome may include hives; itching; itchy, scaly skin (eczema); swelling of the lips, face, tongue and throat, or other body parts; wheezing or shortness of breath; a runny nose or sneezing; abdominal pain, diarrhea, nausea, or vomiting; headaches; or anaphylaxis, a severe, potentially deadly allergic reaction that restricts breathing.

It’s important to see a doctor who specializes in the diagnosis and treatment of allergies if you experience food allergy symptoms after eating — even several hours after eating. Don’t rule out red meat (or any meat) as a possible cause of your reaction, especially if you live or spend time outdoors in the southeastern United States or in other parts of the world where alpha-gal syndrome is known to occur.

Avoiding tick bites is the key to preventing this type of allergy. Protect against tick bites by wearing long pants and long-sleeved shirts and using insect repellents when you are in wooded, grassy areas. Do a thorough, full-body tick check after spending time outside.

Seek emergency medical treatment if you develop signs or symptoms of anaphylaxis, such as difficulty breathing, rapid weak pulse, dizziness or lightheadedness, drooling and inability to swallow, or full-body redness and warmth (flushing).

Food-induced anaphylaxis is a medical emergency that requires treatment with an epinephrine (adrenaline) injector (EpiPen, Auvi-Q, others) and a trip to the emergency room.

Dr. Maria Lania-Howarth, Cooper Allergy and Immunology, has seen this type of allergy in several patients. She treats both adult and pediatric patients for a wide range of allergies. Her allergy team includes Leigh Anne Snyder, RN, and Elisa Ristine, RN. Their office can be reached at 856.325.6755.