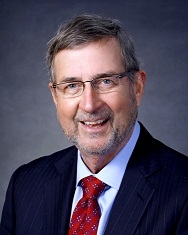 Noted international sepsis expert, R. Philip Dellinger, MD, FCCM, FCCP, Chair and Chief of the Department of Medicine, and Director of the Cooper Adult Health Institute at Cooper University Health Care, was among a noted panel of global authorities participating in the 1st World Sepsis Congress, September 8 and 9, 2016.

“Sepsis is a complication caused by the body’s overwhelming and life-threatening response to infection. It can lead to tissue damage, organ failure, and death,” said Dr. Dellinger. “Often referred to as ‘blood poisoning’ by lay people, sepsis is difficult to diagnose because early symptoms can be confused with other conditions. Sepsis is a medical emergency because it can progress very quickly. When it is recognized and treated early, it can save lives.”

Anyone can get sepsis, but people with weakened immune systems, children, infants, and the elderly are most vulnerable. People with chronic illnesses, such as diabetes, AIDS, cancer, and kidney or liver disease, are also at increased risk, as are those who have experienced a severe burn or physical trauma.

The Centers for Disease Control and Prevention recently announced that the agency is embarking on a new sepsis prevention, detection, and treatment campaign.

To provide access to the latest clinical information on the prevention, diagnosis, and treatment of sepsis, the 1st World Sepsis Congress took place completely online as a prelude and introduction to the fifth World Sepsis Day on September 13, 2016. Participation was open to everyone with an internet connection and free of charge.

Dr. Dellinger, who also serves as Professor of Medicine at Cooper Medical School of Rowan University, was one of three founders who developed the World Sepsis Congress. He chaired a session on the first day of the congress with a focus on patient safety and quality improvement as it relates to sepsis treatment.