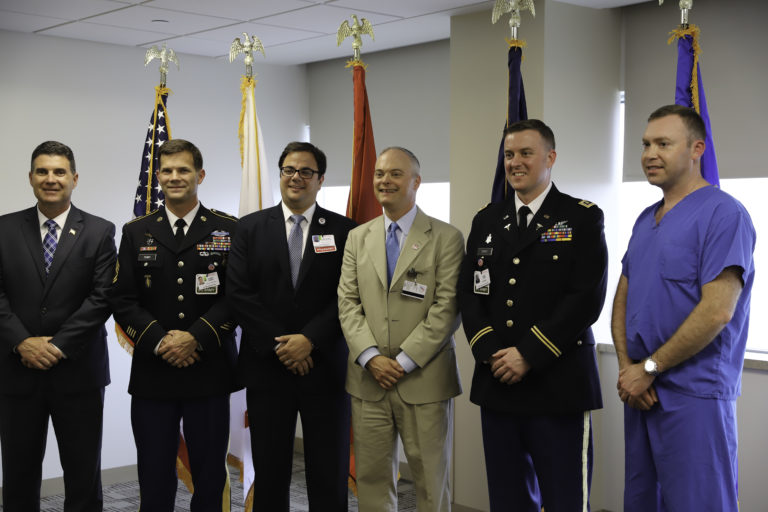 On May 22, 2018, Cooper University Health Care presented the 2018 Cooper Military Employee of the Year Award to trauma surgeon John Chovanes, DO, FACS, LTC, USAR MC, at a pre-Memorial Day celebration for Cooper employees who are veterans and/or active military.

The Cooper Military Employee of the Year Award – which will be presented annually – was established to formally recognize the outstanding contributions a Cooper staff member has made to the health system, the community, and the nation, as well as in support of Cooper’s mission to serve, to heal, to educate. 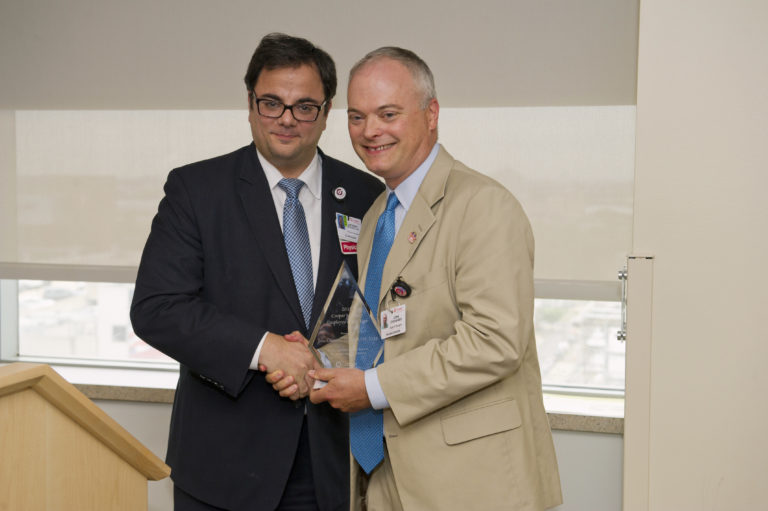 “Today we are proud to honor our friend and colleague,” said Anthony J. Mazzarelli, MD, JD, MBE, co-president of Cooper University Health Care. “Cooper has a tremendous commitment to our service men and women and our military veterans and especially to members of our own Cooper family who have served or are currently serving in our nation’s armed forces.”

Dr.  Chovanes’ health care journey began as an EMT and paramedic. Wanting to do more, he became a nurse and served in a Philadelphia hospital emergency department for several years. Being an emergency room nurse would be enough for most, but not Chovanes. He also worked as a flight paramedic on Philadelphia’s first medical evacuation helicopter crew.

Inspired by dedicated physicians and a desire to save lives, Chovanes decided to become a doctor. He obtained his medical degree from the Philadelphia College of Osteopathic Medicine and completed a residency in general surgery. To maximize his skills, he completed a double fellowship in trauma surgery and surgical critical care.

While completing his medical training in July 2001, he enlisted as an officer in the United States Army Reserve Medical Corps. On September 11, 2001, Dr. Chovanes was among the first responders at the World Trade Center where he was instrumental in saving and treating the wounded. Dr. Chovanes continues to save lives as a civilian trauma surgeon and a military surgeon.

He has completed four tours of duty as a trauma surgeon in the Army Medical Corps. His last deployment was in 2016 in Fallujah, Iraq. There he served as the lead surgeon for the 948th Forward Surgical Team. His unit was one of the military’s busiest surgical units and saved countless lives during that campaign.

Dr. Chovanes has dedicated his life to treating others and saving lives. He has been awarded the Army Commendation Medal for Meritorious Service and for his civilian medical work. In 2014, he received the Outstanding EMS Physician Award at the New Jersey Statewide EMS Conference.

For his heroism on September 11, 2001, Dr. Chovanes received a number of recognitions, including: