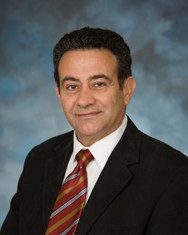 Cooper is one of approximately 40 sites in the United States and the only hospital in the Philadelphia region participating in a clinical trial for Boston Scientific’s WATCHMAN FLX™ device. The WATCHMAN FLX™ is the next generation of a potentially life-changing catheter-based (or non-surgically delivered) device designed to close the left atrial appendage in order to reduce the risk of stroke in certain patients with atrial fibrillation (AFib).

AFib is an irregular heartbeat that can cause blood to pool and form clots in the left atrial appendage (LAA), a small pouch on the left side of the heart. For patients with non-valvular AFib, the LAA is the source of the majority of those stroke-causing blood clots. According to the American Heart Association, at least 2.7 million Americans are living with AFib. People with atrial fibrillation are five- to seven-times more likely to have a stroke than the general population. 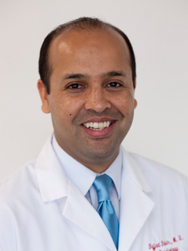 “The WATCHMAN FLX™ is being studied for its ability to provide doctors with greater flexibility and safety while positioning the device in the LAA,” explained Cooper cardiologist Sajjad A. Sabir, MD, director of the Cooper Structural Heart Disease Program. “Earlier generation devices are still effective for treating the LAA; however, they aren’t appropriate for all patients due to anatomical variations. The Watchman FLX has a number of new features which may make it a viable option for even more patients.”

As a high volume cardiac center, Cooper has long been a leader in clinical trials and utilization of new devices for the treatment of structural heart conditions. In 2006, Cooper was one of only a select group of hospitals in the United States, including the Mayo Clinic and the Cleveland Clinic, to take part in the pilot study for the first generation WATCHMAN™ device which was FDA-approved for commercial use in 2015. Cooper was the first in South Jersey and the Philadelphia region to implant the WATCHMAN™ following its approval.

In 2017, Cooper was also one of the first hospitals in the United States to participate in a clinical trial (which is currently ongoing) comparing the effectiveness of the St. Jude Medical’s AMPLATZER™ Amulet™ cardiac implant versus WATCHMAN™ device. Both devices are intended to prevent clots from entering the bloodstream, where they can travel to the brain and cause strokes.

“For decades, most people with atrial fibrillation have been treated with long term blood-thinner therapy,” said Dr. Sabir. “While blood thinners can reduce the risk of stroke, they can also create complications, such as internal bleeding. Cooper is proud to be a leader in testing and using these new devices which are rapidly expanding options for patients with these conditions.”

The Cooper Heart Institute is the most comprehensive heart care center in southern New Jersey, and in January, Cooper and Inspira Health Network formed a joint venture to integrate cardiac services. This affiliation, called Cardiac Partners, provides patients in the South Jersey region with access to more coordinated cardiac services across the continuum of care.