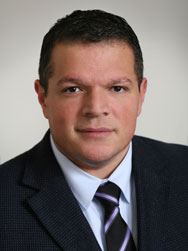 “This is another first for Cooper, and we’re excited to offer this new treatment for patients. Previously, patients were limited to more invasive surgical options. This new treatment is also a breakthrough for patients who are not candidates for surgery and now have a shot at a better quality of life,” said Wissam Abouzgheib, MD, Head of Interventional Pulmonary at Cooper. “As a leading academic tertiary health system, we are committed to providing a wide-range of advanced care options to best meet the needs of our patients.”

COPD is a common, progressive lung disease that makes it hard to breathe. Emphysema is a form of COPD which involves damage to the lungs over time. According to the American Lung Association, COPD is the third leading cause of death by disease in the United States. More than 11 million people have been diagnosed with COPD, but millions more may have the disease without even knowing it. COPD causes serious long-term disability and early death.

Bronchoscopic lung volume reduction is a minimally-invasive 30 to 60 minute procedure that accesses the lungs through the mouth or nose using a bronchoscope, performed by an interventional pulmonologist, explained Dr. Abouzgheib. Endobronchial valves are placed in the airways to block any diseased part of the lung and reduce hyperinflation, which decreases shortness of breath and improves overall quality of life.

“Endobronchial valves are used for patients whose lungs are increased in size by trapped air due to severe COPD/emphysema.” said Dr. Abouzgheib. As part of the initial patient assessment, a physician will do an examination and order lung function tests to determine if the patient is a good candidate. A patient is not a candidate for bronchoscopic lung volume reduction if they smoke, are unable to have a bronchoscopic procedure, or have an active lung infection, among other precluding conditions.

The bronchoscopic lung volume reduction procedure has been studied in multiple clinical trials with patients in the United States, Europe and Brazil. In these clinical trials, the endobronchial valves were placed in over 1,000 patients with severe emphysema. In these studies, patients who had the valves and were taking their normal emphysema medications were able to breathe better, could do more exercise and had a better quality of life than patients who did not have the endobronchial valves.