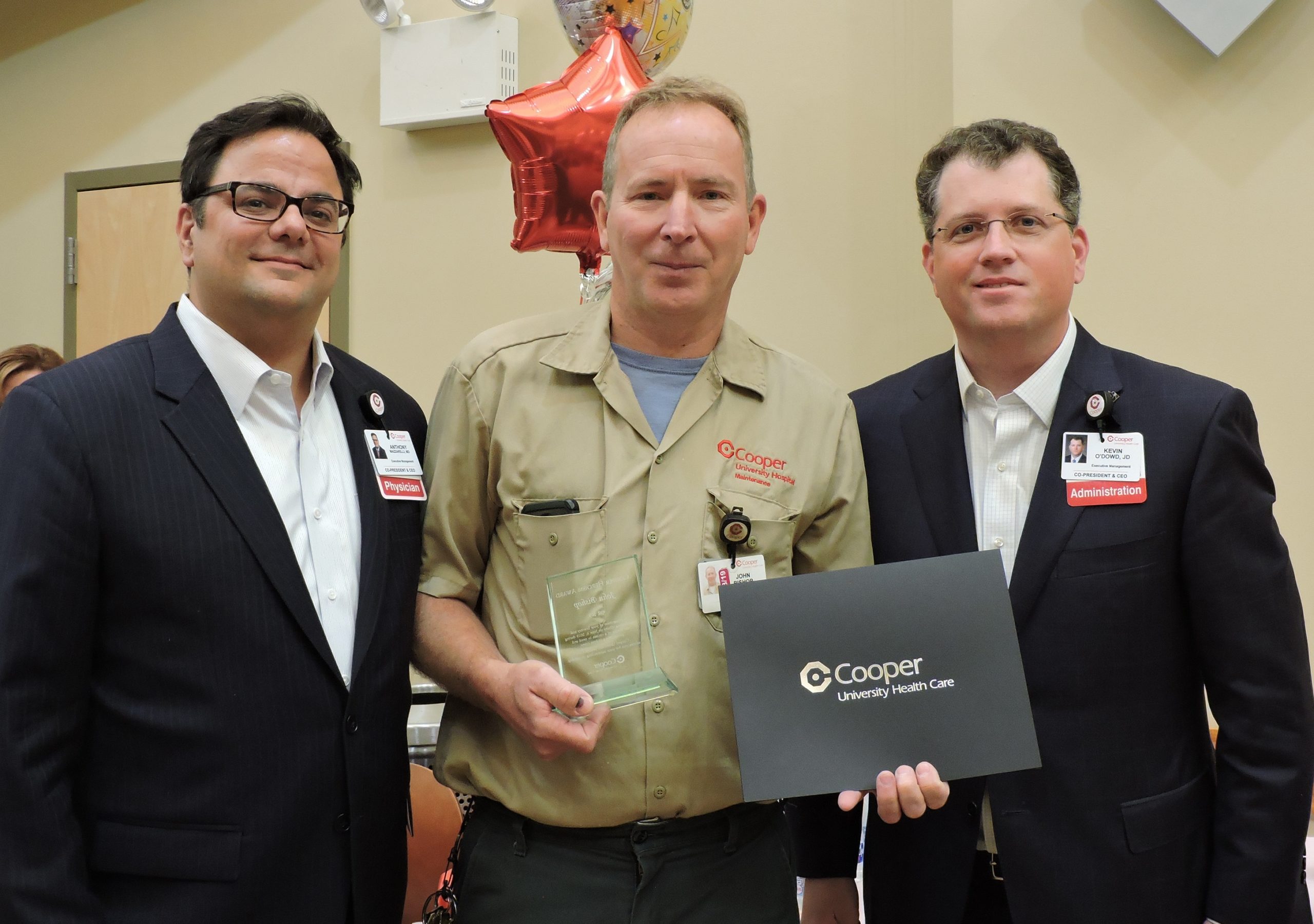 Winners to be Honored at Awards Dinner on Medal of Honor Day, March 25

Washington, DC, February 26, 2020 — The Congressional Medal of Honor Society, today, announced the top 27 finalists for this year’s Citizen Honors Awards.  The finalists were selected through two rounds of judging by an independent panel, with the final round exclusively of Medal of Honor recipients.  More than 110 nominations from around the country were received for the prestigious awards.

The Citizen Honors Awards recognize Americans whose exceptional courage and selfless service embody the values of the Medal of Honor: courage and sacrifice; commitment and integrity; citizenship and patriotism.

Every day in this country, ordinary Americans become extraordinary, through singular acts of heroism or through a prolonged series of selfless acts. These acts of courage and self-sacrifice symbolize the American spirit and are recognized every year by our nation’s greatest heroes.

Cooper employee John Bishop is one of the 27 finalists. John heroically saved a woman who was being brutally attacked alongside a busy South Jersey highway last June. He pulled his car over and was able to rescue the victim and subdue the perpetrator until police arrived. Police credit him with saving the woman’s life.

John, a resident of Burlington Township, is a member of the Facilities Management Department at Cooper’s ambulatory facility in Voorhees, NJ and has been an employee at Cooper for nearly 12 years.

“Every day Cooper employees save the lives of others, but what John did was over and above the call of duty. John is so deserving of this honor,” said Anthony J. Mazzarelli, MD, JD, MBE, co-president/CEO of Cooper.

“John is a true hero and deserving of this recognition. We are proud to call him a member of the Cooper family,” added Kevin O’Dowd, JD, co-president/ CEO of Cooper.

From the finalists, six U.S. citizens and one organization will receive the Citizen Honors Awards this year. The Valor Awards will be honored on March 25, 2020, Congressional Medal of Honor Day, in Washington, DC at a formal dinner being held at the International Spy Museum.  The Service Awards will be presented May 14th at The Belmond Charleston Place Hotel in Charleston, SC.

The honorees receive this award from a group of Americans whose actions have defined the words courage and selfless service — the living members of the Congressional Medal of Honor Society. These brave Americans have received the Medal of Honor for their acts of valor performed during wartime and present the Citizen Honors awards to Americans who are showing courage and dedicating themselves to service here at home.

The Citizen Honors categories are:

More information on the finalists and the Citizen Honors awards are available by contacting Kristi Hellmuth at Kristi.hellmuth@datocwitten.com or by visiting