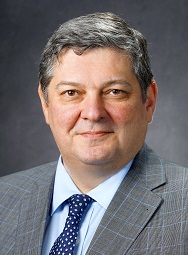 Internationally known stroke expert Tudor G. Jovin, MD, medical director of the Cooper Neurological Institute at Cooper University Health Care and Professor of Neurological Surgery at Cooper Medical School of Rowan University, is the lead author in a study published today in The Lancet, one of the world’s leading medical journals, examining the efficacy of mechanical thrombectomy, a minimally invasive procedure consisting of removal of the occlusive clot from within the vessel to treat patients with acute stroke.

The meta-analysis research, conducted by Dr. Jovin as Principal Investigator together with a panel of national and international stroke experts, included only patients who were randomly assigned to thrombectomy versus medical therapy between six and up to 24 hours from stroke onset. The analysis reviewed every randomized trial published to date that enrolled patients presenting stroke onset beyond six hours.

The study confirmed findings from two of the individual trials, which were part of this meta-analysis, that when a thrombectomy procedure was performed within six to 24 hours of stroke symptoms onset in patients presenting with a blockage in one of the major arteries of the brain and evidence of reversible brain tissue damage, it resulted in substantially less disability as compared to being treated with medical therapy alone. These results were demonstrated regardless of the patient’s age, gender, or mode of symptoms discovery (upon awakening from sleep vs witnessed symptoms onset). For every 100 patients given thrombectomy, 33 patients will be less disabled than if they had received the best medical therapy alone. Additionally, 27 more thrombectomy patients will reach functional independence at 90 days than those receiving medical therapy.

“Until recent years, no treatment was being used in clinical practice to restore blood flow to a blocked artery in the brain beyond six hours of stroke onset,” explained Dr. Jovin. “Our analysis demonstrates that mechanical thrombectomy is highly effective at reducing disability in eligible patients with stroke due to large vessel blockage across a broad-range of patient populations.”

The researchers were able to conclusively show that the benefit of thrombectomy is stronger in patients presenting within 12-24 hours compared to those presenting in the 6-12 hour time window. That does not infer that later treated patients had better outcomes than earlier treated patients. Rather, this discrepancy is explained by the fact that patients treated with medical therapy alone, who presented late, had significantly worse outcomes than those presenting early.

“The practical implications of this novel finding is that thrombectomy should not be withheld in eligible patients even when patients present close to the end of the 24-hour-time window. It also justifies further research examining the benefit of thrombectomy even beyond 24 hours from stroke onset,” said Dr. Jovin.

Another important finding of the study is that there are signals of benefit from thrombectomy even in patients who were not selected, based on advanced imaging studies.  This finding opens up the possibility of benefit from the intervention even when simpler imaging methods are used.

“For all these reasons, our study has the potential to influence health policy and clinical practice guidelines for stroke treatment in the future,” said Dr. Jovin.

An ischemic stroke occurs when a blood vessel that delivers oxygen and nutrients to the brain is blocked by a clot. As a result, part of the brain can’t obtain the oxygen and blood it needs, leading to a very dangerous and potentially life-threatening situation. Ischemic stroke is the most common type, accounting for 87% of all strokes.

Most frequently, patients with ischemic stroke are treated with a drug called tissue plasminogen activator (tPA). This is a drug that “busts” the blood clots causing the stroke. One of the limitations of tPA treatment, however, is recognizing the warning signs of stroke immediately and administering the tPA in a relatively short-window of time, usually within 4 ½ hours. But, when the larger brain vessels are blocked or the symptoms are recognized later, tPA therapy has limited success in restoring blood flow. Studies have shown that these vessels can be re-opened quickly and safely with mechanical thrombectomy within a longer window of time, up to 24 hours after initial onset of symptoms in some cases.

“Recognizing the effectiveness of this treatment, may lead to it being used sooner and more frequently in stroke patients with LVOs,” said Dr. Jovin.

For more about the study, visit the The Lancet.

About Dr. Jovin and the Cooper Neurological Institute

Dr. Jovin, an internationally renowned neurologist and researcher who joined Cooper in 2019, is an expert in the interventional and non-interventional treatment for the entire spectrum of stroke and cerebrovascular disorders. He is board certified in neurology and has additional board certifications in vascular neurology and critical care neurology. He was one of the nation’s first interventional neurologists, a medical subspecialty that uses minimally invasive technologies applied from within the vessels to diagnose and treat diseases of the arteries and veins of the head, neck, and spine such as acute stroke, carotid stenosis, intracranial aneurysm, and arteriovenous malformations.

The Cooper Neurological Institute is fully dedicated to the diagnosis and treatment of neurological and neurosurgical issues. The institute offers diagnostic and treatment options for a wide range of conditions from spinal traumas to strokes to hydrocephalus, as well as comprehensive neuro-oncology and neuromuscular care.

The CNI Stroke Program was awarded The Joint Commission’s Gold Seal of Approval® and the American Heart Association/American Stroke Association’s Heart-Check mark for Advanced Certification for Comprehensive Stroke Centers. The Gold Seal of Approval® and the Heart-Check mark represent hospitals with the highest level of stroke care and are symbols of quality from their respective organizations.  Cooper is one of only seven hospitals in New Jersey and the only one in South Jersey to achieve this significant certification. Cooper was also rated a top-performing hospital for stroke in U.S. News and World Report’s 2021-2022 Best Hospitals survey.