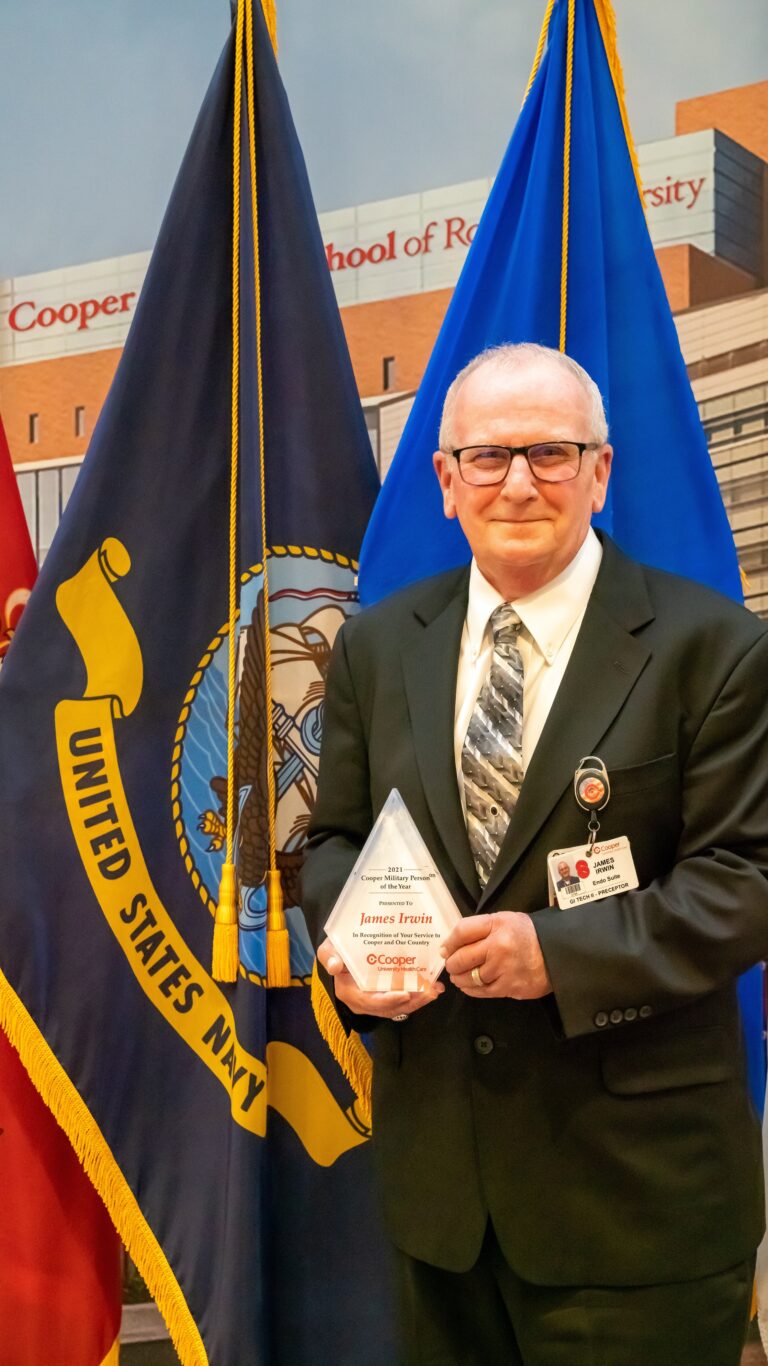 Cooper University Health Care has named James Irwin, a U.S. Navy veteran, its 2021 Cooper Military Employee of the Year. Irwin is a resident of Maple Shade and has worked at Cooper for 18 years. In addition to his daily responsibilities as a supply coordinator with the Cooper Digestive Health Institute, he volunteers his time at community health events for active and retired military members and their families through Cooper’s Community Outreach Program. He is also active in his church and has worked as an emergency medical technician in locally based first-responder units. 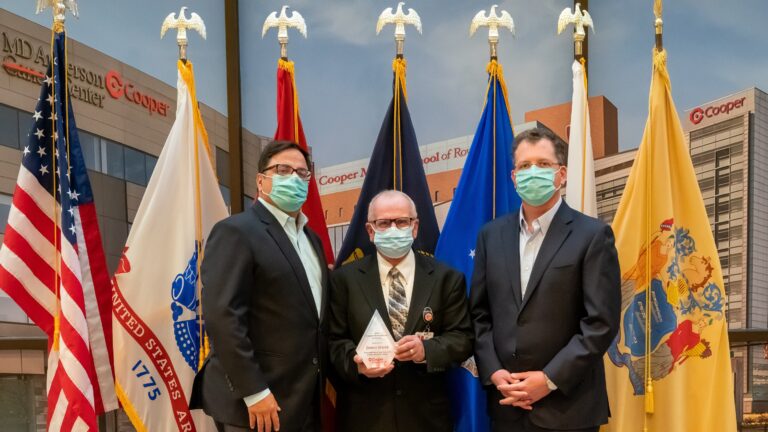 The Cooper Military Employee of the Year Award was established in 2018 and is presented near Veterans Day each year. The Award recognizes a Cooper team member who has made outstanding contributions to the health system, the community, and the nation in support of Cooper’s mission: To serve, to heal, to educate.

“We are proud to honor James Irwin who has faithfully served our nation in the Navy, continues to serve his community, and has dedicated his career to supporting quality patient care every day at Cooper,” said Kevin O’Dowd, JD, co-CEO of Cooper.

“We congratulate James on this well-deserved honor. Cooper is privileged to have hundreds of dedicated team members like him who have served or are currently serving in the military,” said Anthony J. Mazzarelli, MD, JD, MBE, co-CEO of Cooper.

Cooper is the leading academic health system and the only Level I Trauma Center for all of southern New Jersey. As one of the busiest trauma centers in the region, Cooper is the only hospital in the United States that has trained elite medical providers from every military branch; multiple local, state, and federal government agencies; and international partners through its Military, Diplomatic, and Field Surgical Affairs program.

Earlier in 2019, Cooper became the first health system in the nation to enter into an agreement with the U.S. Army to provide advanced surgical trauma training to the elite Forward Resuscitation Surgical Team (FRST) through the Army Medical Department Military-Civilian Trauma Team Training (AMCT3) program. Most recently, Cooper collaborated with the U.S. Navy to provide clinical rotations to Navy senior anesthesia medical residents.

In March 2021, Lieutenant General R. Scott Dingle, The U.S. Army Surgeon General and Commanding General, U.S. Army Medical Command visited Cooper and said: “Everyone said we had to come to Cooper because Cooper is the best, and that Cooper is setting the pace,” Dingle said. “Thank you for your support for the United States Army and the armed forces. You all are generating readiness for the soldiers who are saving lives in combat.”

For more information about how Cooper is committed to serving those who have served our country, visit https://www.cooperhealth.org/services/serving-our-military-and-veterans.