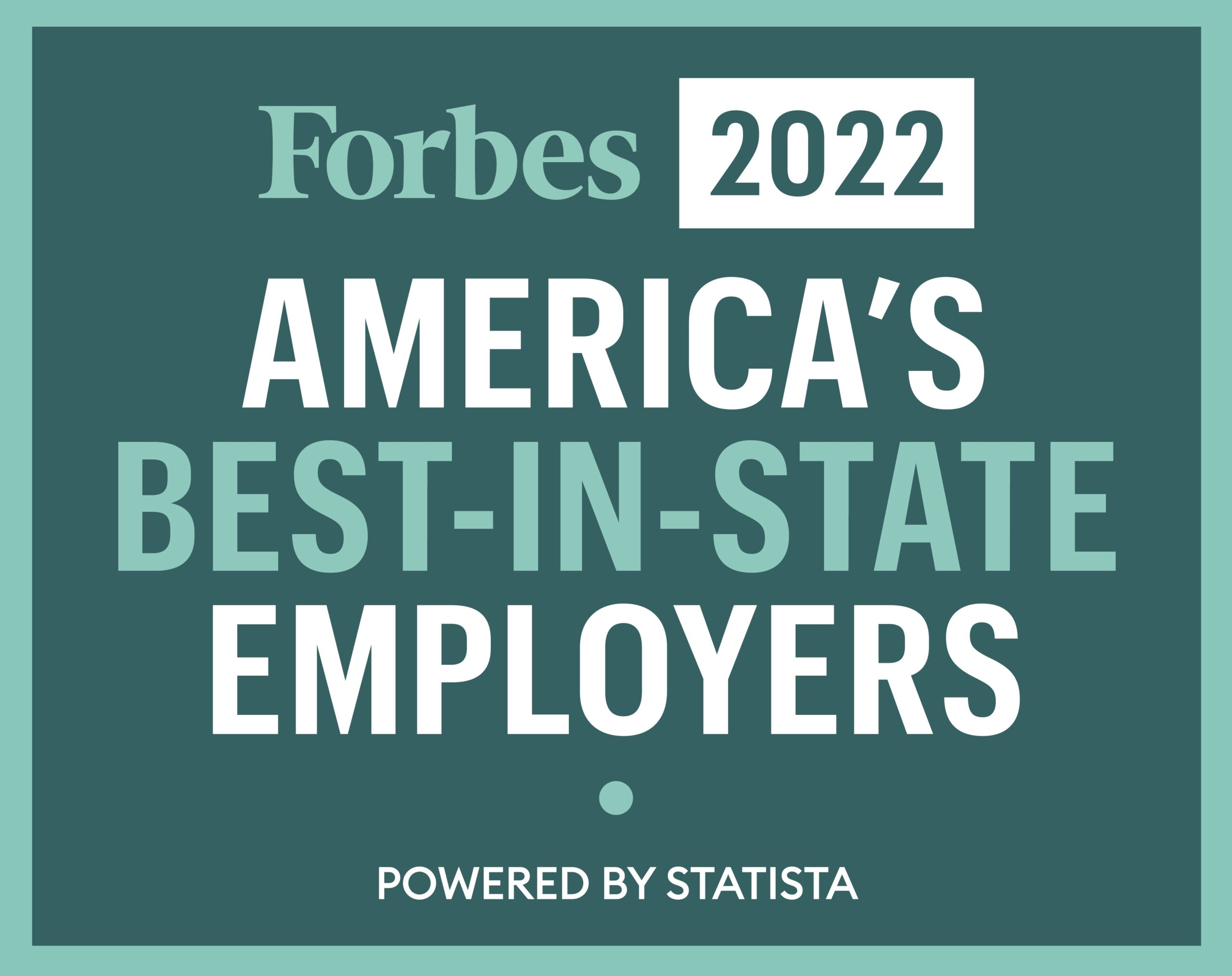 For the second consecutive year, Cooper University Health Care was named as one of America’s Best-in-State Employers by Forbes, the prominent national business publication. Cooper was one of only seven health systems in New Jersey to make the Forbes list in 2022.

“Cooper’s care has always been defined by the quality and commitment of its employees,” said George E. Norcross III, chairman of the Board of Trustees of the Cooper Health System, Cooper University Hospital, and MD Anderson Cancer Center at Cooper. “The fact that Forbes, one of the leading names in business, has recognized Cooper on its America’s Best Employers List in New Jersey for 2022, for the second year in a row, demonstrates that our employees are as important to us as they are to the people for whom they care.”

“This national recognition is a celebration of nearly the 10,000 Cooper team members who have created a positive and inclusive environment where team members not only serve our patients and visitors, but serve each other,” said Kevin O’Dowd, JD, co-CEO of Cooper.

“We value and support our team members, who provide advanced, compassionate care to our patients. Receiving this recognition for a second year in a row, in the middle of a pandemic, speaks volumes about the professionalism of those working at Cooper,” said Anthony J. Mazzarelli, MD, JD, MBE, co-CEO of Cooper.

America’s Best-in-State Employers 2022 were identified in an independent survey based on a vast sample of approximately 70,000 Americans working for companies with more than 500 employees in the USA. Across 25 industry sectors, 1,380 employer brands were ranked among the top employers. The evaluation was based on direct and indirect recommendations from employees who were asked to rate their willingness to recommend their own employers to friends and family.

Cooper is committed to creating an outstanding work environment by providing competitive compensation, a comprehensive employee benefits programs, and the chance to build and explore a career with a leading academic health system. In 2019, Cooper was the first health system in the state to implement a $15 an hour minimum wage, serving as the catalyst for other health systems in the region to follow suit. For career opportunities at Cooper, visit https://jobs.cooperhealth.org/.

Cooper University Health Care is a leading academic health system with more 8,900 employees, including more than 1600 nurses, 850 employed physicians, and 450 advanced practice providers. Cooper University Hospital is the only Level 1 Trauma Center in South Jersey and the busiest in the region.  Annually, nearly two million patients are served at Cooper’s 635-bed flagship hospital, outpatient surgery center, three urgent care centers, and more than 100 ambulatory offices throughout the community. Cooper has been named as one of America’s Best Employers by Forbes and was recognized as one of the top hospitals in New Jersey and a top-performing hospital nationally in numerous specialty services by U.S. News & World Report’s 2022-2023 Best Hospitals annual survey. Additionally, Cooper has earned the Healthgrades Patient Safety Excellence AwardTM for four consecutive years, placing Cooper among the top 5% of all short-term acute care hospitals.