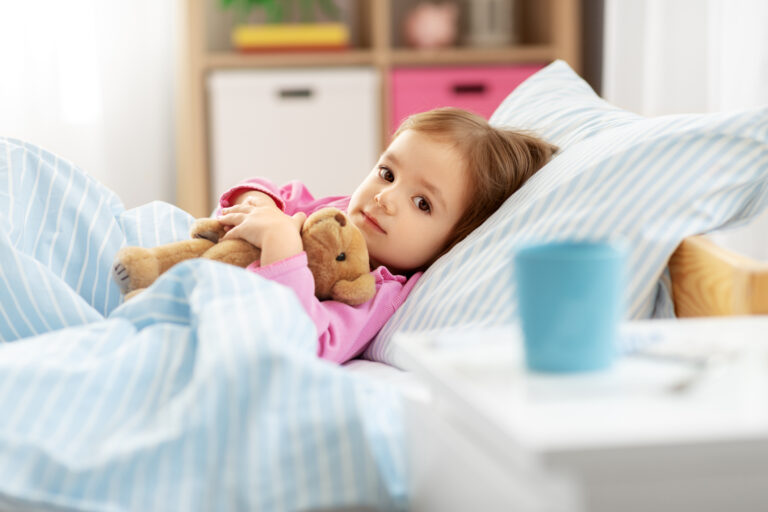 RSV (respiratory syncytial virus) is a common respiratory infection that can cause severe illness in young children. However, the elderly and people with weakened immune systems are also at increased risk. Most widespread from fall through early spring, RSV is the leading cause of infant hospitalization in the United States.

“Most people who get RSV will only experience mild symptoms, much like the common cold,” says Mara Gordon, MD, a family medicine physician at Cooper University Health Care. “But others may develop severe respiratory complications, including difficulty breathing.”

Most children contract RSV before their second birthday and it is highly contagious. With symptoms so similar to a cold, many RSV infections are missed. The virus is spread through tiny droplets when an infected person coughs or sneezes, and can live on surfaces for several hours.

Once infected, people are usually contagious for three to eight days, but that period can extend as long as four weeks for infants and people with weakened immune systems.

Symptoms of RSV include:

These symptoms usually appear in stages, and some very young infants may only experience irritability, listlessness, and difficulty breathing.

Steps for preventing the spread of RSV are the same as those for the common cold, COVID-19, and most other viruses that are spread by contact with infected droplets.

“Although there is no vaccine yet for RSV,” Dr. Gordon says, “scientists are working to develop one.”

RSV generally resolves on its own in a week or two, although the most severe cases can require hospitalization. In minor cases, symptom relief can include, managing pain and fever with over-the-counter remedies, such as acetaminophen and ibuprofen, and increasing fluid intake.

“It’s important to check with your health care provider before giving children nonprescription cold medications,” Dr. Gordon says. “Some include ingredients that are not recommended for kids and babies.”

Other ways to increase comfort include:

Patients may need to be hospitalized if they have trouble breathing or if they become dehydrated.

“Watch for dry mouth, decreased urine output, sunken eyes, and extreme fussiness or sleepiness in children,” Dr. Gordon explains. “These symptoms point to dehydration. If you cannot get your child to take fluids, call your health care provider.”

In the most severe cases, patients may require supportive oxygen or intubation (a breathing tube inserted through the mouth into the airway) with mechanical ventilation (a machine to help with breathing).

RSV can progress to more serious infections in vulnerable populations, including infants younger than 6 months, older adults, and those with autoimmune disorders. Bronchiolitis (an inflammation of the small airways of the lung) and pneumonia (a lung infection) are the most common complications.

Symptoms of bronchiolitis in infants and children include:

When should you call your health care provider?

If you suspect your child has RSV, you may want to call your health care provider.

“In most cases, your doctor will not perform testing to confirm an RSV infection because most kids recover easily, and it’s treated the same way the common cold is – with rest and plenty of fluids,” Dr. Gordon says. “However, parents, grandparents, and care givers should be on the lookout for symptoms that signify they should call their health care provider immediately or consider going to the emergency room.

Health systems across the county are seeing an increase in RSV cases this season. If you or your child are experiencing symptoms, visit Cooper Urgent Care, or contact your primary care provider. Call 800.8.COOPER (800.826.6737) or click here to schedule an appointment today.