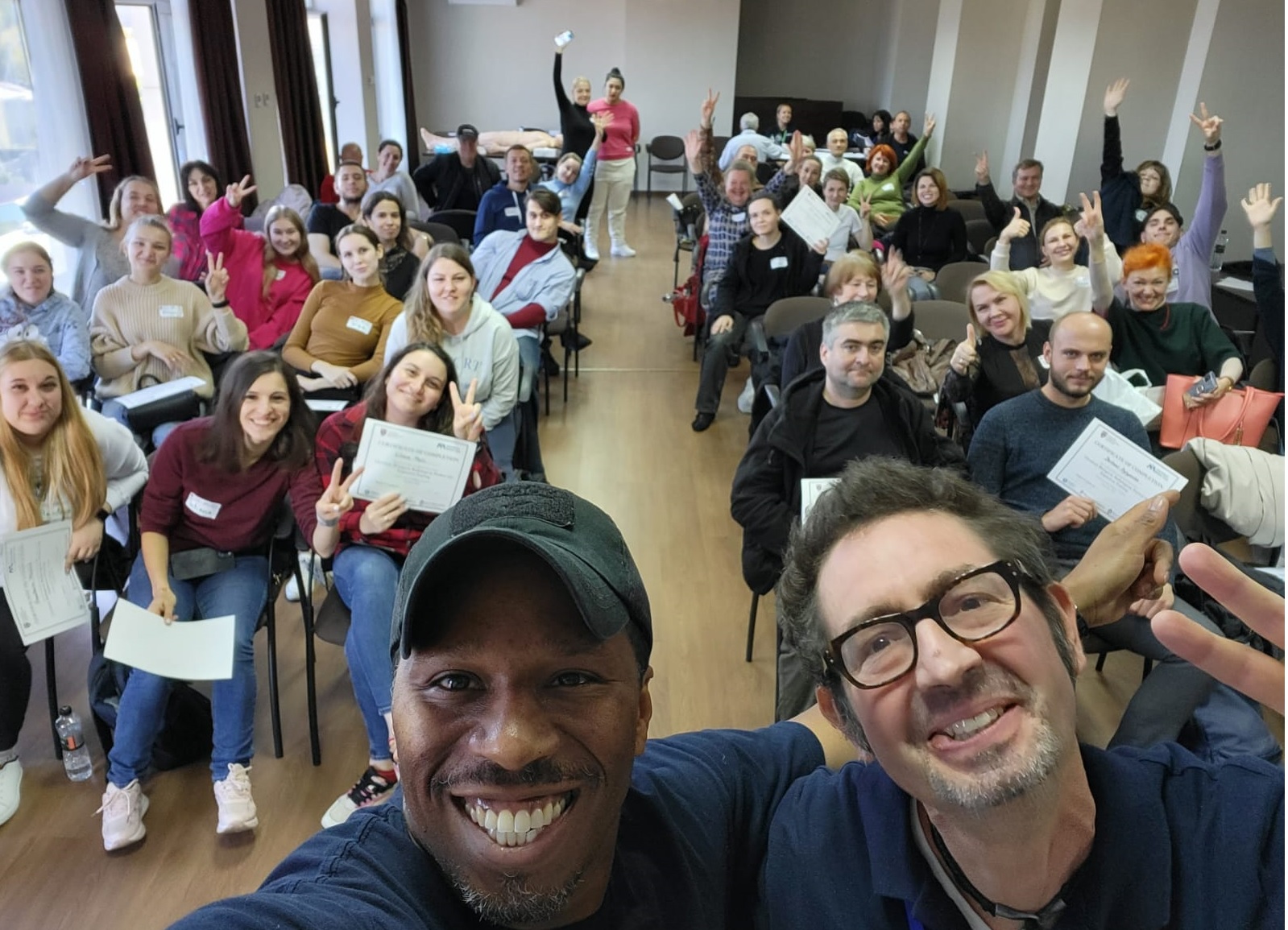 Dr. Rempell (front right) was part of the 12-person team of physicians, paramedics, and nurses that provided training.

The trip was organized by the International Medical Corps, an organization that delivers emergency medical and related services to those affected by conflict, disaster and disease and the Harvard Humanitarian Initiative, an academic and research center for humanitarian crises. The group also provides training to people in their communities, providing them with the skills they need to recover, chart a path to self-reliance, and become effective first responders themselves.

Dr. Rempell was part of a 12-person team of physicians, paramedics, and nurses that provided training to more than 200 people including medical personnel, first responders, as well as non-clinical members of the community.

“The response was amazing. What struck me was the resilience of the people of Ukraine who have been impacted by the war for almost a year. They eagerly signed up for the training while at the same time determined to live their lives as normally as possible,” Dr. Rempell said.

And while the teaching team was not on the front lines, the experience was harrowing at times. To get into the Ukraine, the team first had to walk in from Poland as the checkpoints were flooded on both sides of the border from those fleeing the war. Once inside the country, the sound of bombing could often be heard in the distance.  Many of the classes were interrupted by air sirens and several classes were held in bomb shelters out of an abundance of precaution. 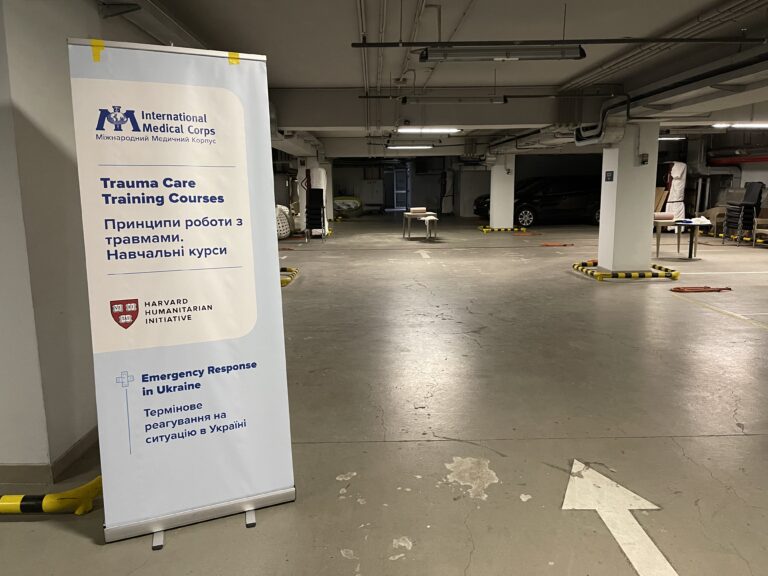 “The Ukrainians were very welcoming and eager for any medical knowledge they could get to help in the constant trauma they were experiencing. People from all walks of life willingly volunteered for the training to they would be prepared to use their new skills if the situation presented itself,” Dr. Rempell said. “It was personally and professional gratifying to know we were having an impact in such a horrible time in Ukraine.”