The Trauma Center at Cooper University Health Care recently purchased $10,000 worth of tourniquets which will be distributed to all officers in the Camden County Police Department in conjunction with specialized bleeding control training they received from Cooper’s Emergency Medical Services (EMS) team. 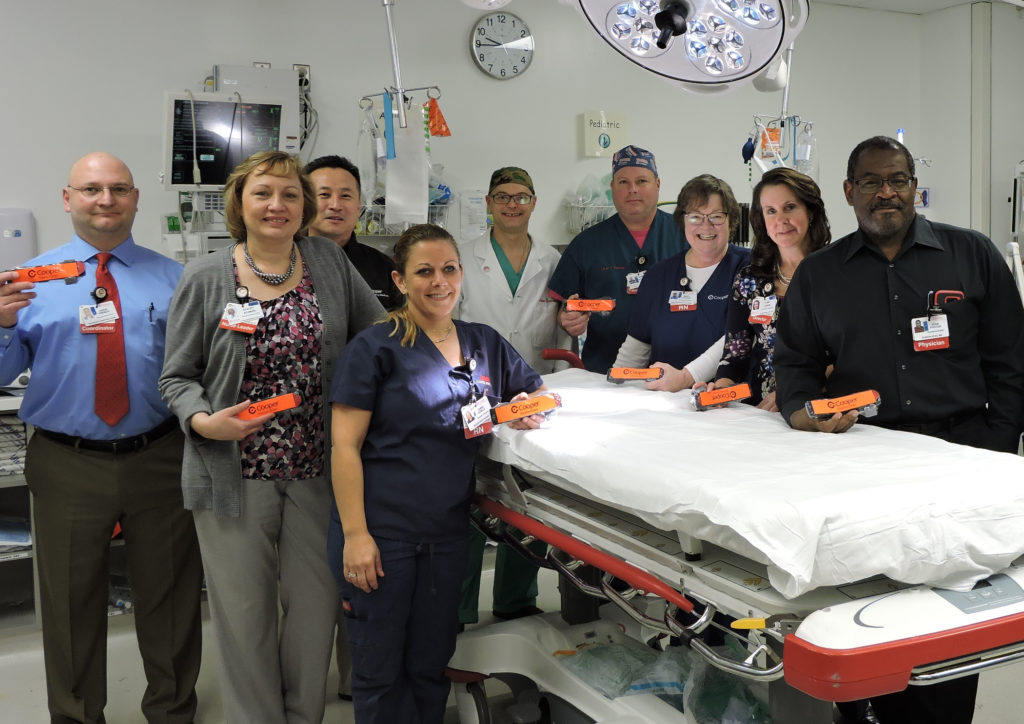 Since it began operation in January 2016, Cooper EMS has been offering a Bleeding Control for the Injured (B-Con) course for police, fire, and school personnel as part of its community outreach efforts.  The initiative is part of the larger national initiative called “Stop the Bleed” aimed at putting knowledge gained by first responders and the military into the hands of the public to help save lives during times of disaster.

“We see all kinds of life-threatening situations every day,” said John M. Porter, MD, medical director for trauma services at Cooper and director of South Jersey’s only state-designated Level I Trauma Center.  “Uncontrolled, severe bleeding injuries – from natural and manmade disasters, shooting incidents, and from everyday accidents — can kill within minutes, potentially before trained responders can arrive.  That is why the Cooper Trauma Center made the decision to support the educational work of our Cooper EMS colleagues by  providing funding and making this simple, yet potentially life-saving piece of equipment available to every police officer in Camden.”

In addition to the Camden County Police Department, Cooper EMS has provided the hemorrhage control training to the members of the Camden Fire Department, hundreds of New Jersey State Police troopers, and to teachers, security officers, and other personnel in the Camden School District, according to Rick Rohrbach, BSN, RN, CFRN, CCRN-K, MICP, EMS director – Air & Ground Services at Cooper. 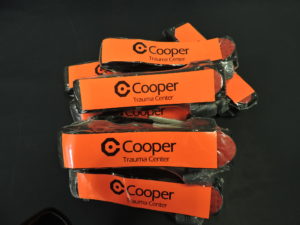 “The goal of Cooper EMS is not only to serve during times of emergency, but also to be a community resource,” said Rohrbach. “Fostering relationships with other organizations improves communication, cooperation, and care to patients during incidents requiring multi-agency responses,” said Rohrbach.

“We know how effective tourniquets can be in regard to stopping bleeding from a car accident or blunt force trauma,” Thomson said.  “They are impactful tools that could be the difference between life or death when our police officers arrive on a scene and I believe they will become a standard issue resource for all of our personnel moving forward. I want to thank the Cooper team for providing this important tool and training that I know will save lives in Camden.”