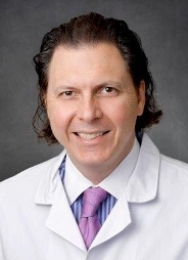 The International Journal of Radiation Oncology this week published the results of a clinical study led by Anthony E. Dragun, MD, chairman and chief of the Department of Radiation Oncology at MD Anderson Cancer Center at Cooper. The study showed that an experimental regimen of a higher dose, once-weekly breast irradiation following lumpectomy has comparable outcomes to the current standard of daily radiation while realizing greater convenience for patients, better compliance and completion rates of the prescribed treatments, and lower costs.

Dr. Dragun designed his study after reviewing data from physicians in the United Kingdom and other European countries which reported excellent results with a higher regimen of radiation administered only once a week as an alternative to a daily course of treatment.

Dr. Dragun launched his study in January 2011 while working at the University of Louisville James Graham Brown Cancer Center in Kentucky. One hundred and fifty eight patients who had underwent lumpectomy following diagnosis of breast cancer were given the option of receiving the current standard of daily radiation for 25- to 30-days or the five- to six-treatments administered once a week.

The radiation dosing in the once-weekly regimen was calibrated so it was in line with the levels received in daily breast irradiation, according to Dr. Dragun.

“In addition to comparable clinical outcomes, we found that giving women the choice of what type of treatment they want to receive increases the likelihood that they will complete their prescribed treatments,” said Dr. Dragun. “Finding time for daily treatments for four weeks or more is a barrier for many women.”

In addition, because radiation treatment is reimbursed by Medicare and most insurers on a per-treatment basis, Dr. Dragun said the overall cost is lowered.

“In our study, we’ve been able to reduce the cost by 50- to 60-percent without jeopardizing the quality of care,” said Dr. Dragun.

While the study was conducted with women that included many living in rural areas, the result of the study could be applicable to patients living in urban or suburban areas as well.

“The study was originally designed to address needs of underserved patients in an economically challenged state with limited resources,” Dr. Dragun said. “But, as the study grew, we found a great deal of satisfaction with treatment compliance and discovered that shorter courses of radiation therapy have the potential to benefit all patients no matter where they are living.

“Transportation, taking time off from work, family obligations, and child care concerns – these are universal issues that breast cancer patients often have to take into consideration when facing treatment. This study’s promising results show that we can offer women more options without sacrificing outcomes. As more research is done, designing shorter treatment regimens is the way of future in oncology.”