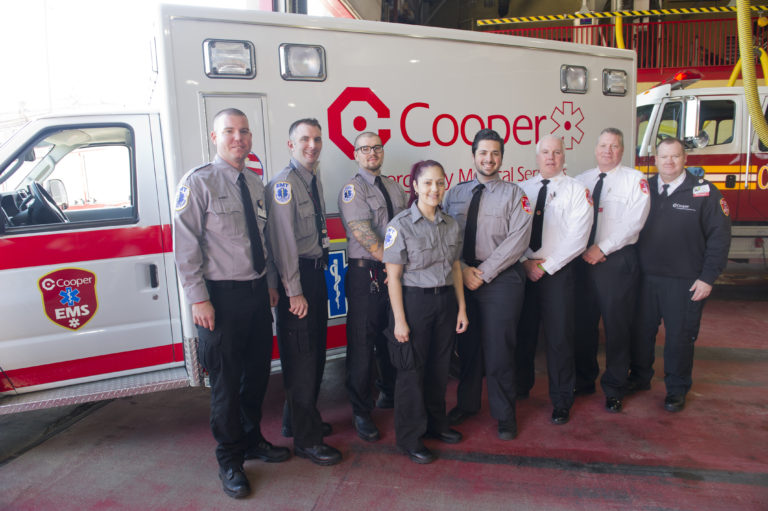 Congressman Donald Norcross, Camden Mayor Frank Moran, and members of Camden City Council came together on February 28 to honor Cooper EMS staff and members of the Camden Fire Department for going above and beyond the call of duty on several recent cases. 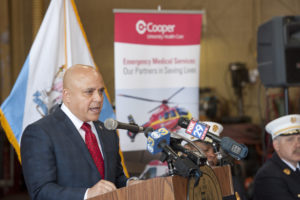 Late last year, emergency responders answered calls for service in two separate situations – one on Thurman Street and one on Clinton Street – involving active fires with trapped residents. Camden fire personnel were able to extinguish the fire and extract the victims from the units while Cooper EMS provided on site medical attention and transport to Cooper University Hospital. The coordinated response and quick, heroic actions of the EMS and fire personnel lead to all lives being saved.

“Saving a life is often a collaborative effort, with all of the components needing to work together flawlessly in order for that life to be saved,” said Steven Hare, MS, NRP, operations manager for Cooper EMS. “As part of Cooper’s mission to serve, to heal, and to educate, it has been our goal – since Cooper EMS began serving Camden in January 2016 – to work closely with our colleagues in the Fire Department to provide lifesaving services to those in need. At Cooper EMS were are proud to provide lifesaving services to the citizens of Camden, 24 hours a day, seven days a week.” 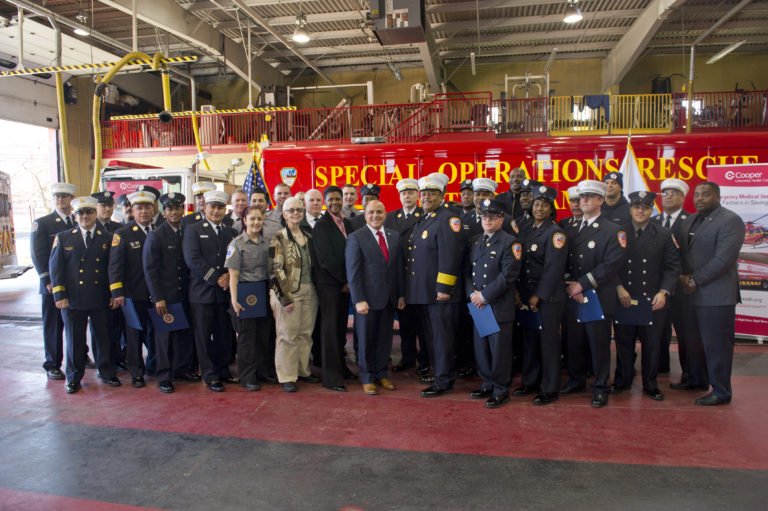 Click here to view more photos from this event.