A medical team at Cooper University Health Care recently was the first in the eastern United States to treat a patient with central sleep apnea (CSA) with a new implantable device to stimulate breathing. Cooper is currently one of only 24 sites in the United States treating CSA with the remedē® System, developed by medical technology company Respicardia, Inc. The remedē® System received FDA-approval in 2017 and is the first commercially available device to treat CSA. 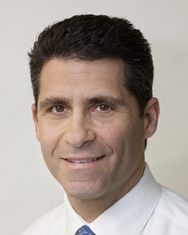 John A Andriulli, DO, FACC

“CSA is a serious breathing disorder that disrupts the normal breathing pattern during sleep and negatively affects quality of life and overall cardiovascular health,” said John A. Andriulli, DO, FACC, an electrophysiologist at Cooper and director of the Arrhythmia Device Program at the Cooper Heart Institute. “It often occurs in cardiac patients, especially those with severe congestive heart failure, and is associated with a significantly greater risk for morbidity and mortality.”

A multidisciplinary team led by Dr. Andriulli along with Ramya Lotano, MD, FCCP, a pulmonologist and sleep expert, performed Cooper’s first  commercial remedē® procedure in a patient with CSA. 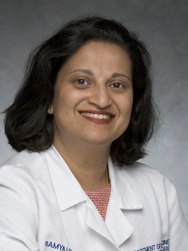 CSA is different from the more commonly known obstructive sleep apnea, which is caused by upper airway obstruction. CSA results from the brain’s inability to send appropriate signals to the respiratory muscles to stimulate breathing. Treatment of the CSA patient is more challenging because the signal to the body to inhale is not being transmitted from the breathing center in the brain.

The remedē System is a pacemaker-like, battery-powered device that is placed under the skin in the upper chest area during a minimally invasive outpatient procedure by a cardiologist. The device has two small leads (wires): one that senses breathing, and one that stimulates the respiratory muscles to work when irregular breathing is detected.

“This new device is offering real hope to CSA patients who previously had very few options,” said Dr. Andriulli. “It can reduce the effects of CSA by improving sleep and, most importantly, the patient’s quality of life. Improved quality of sleep often leads to improvement in symptoms of heart disease and other medical problems.”

Cooper was involved in clinical trials for the device and is currently the only hospital in New Jersey to offer this treatment for CSA.