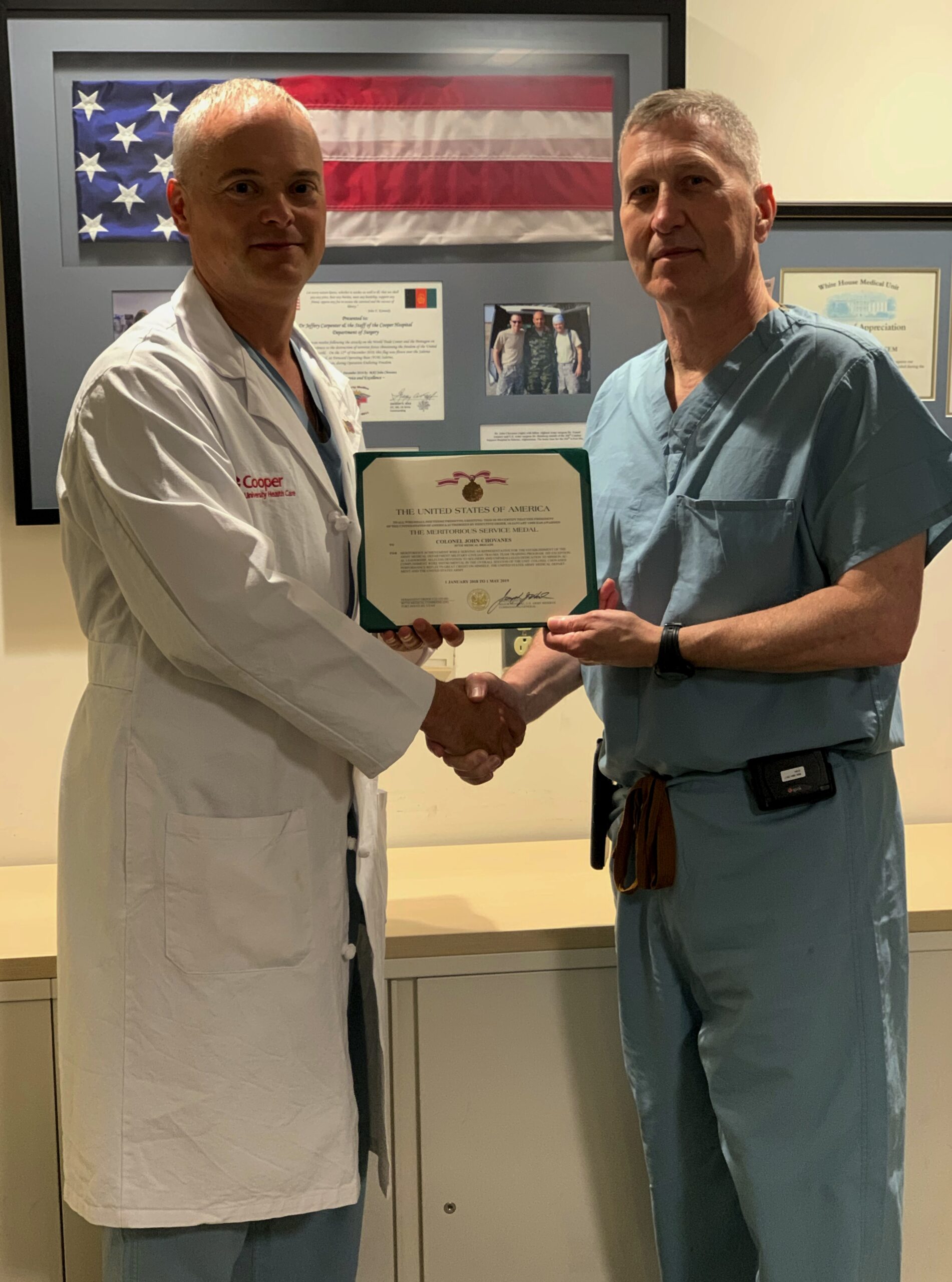 On May 25, Cooper University Health Care trauma surgeon John Chovanes, DO, FACS, was presented with The Meritorious Service Medal from the U.S. Army for the establishment of the Army Medical Department Military-Civilian Trauma Team Training (AMCT3) program at Cooper and his selfless devotion to soldiers and unparalleled dedication to mission accomplishment. Dr. Chovanes is the founding medical director and chief surgeon of Cooper’s Section of Military, Diplomatic, and Field Affairs. U.S. Army trauma surgeon Colonel Kirby R. Gross, MD, FACS, presented the award. 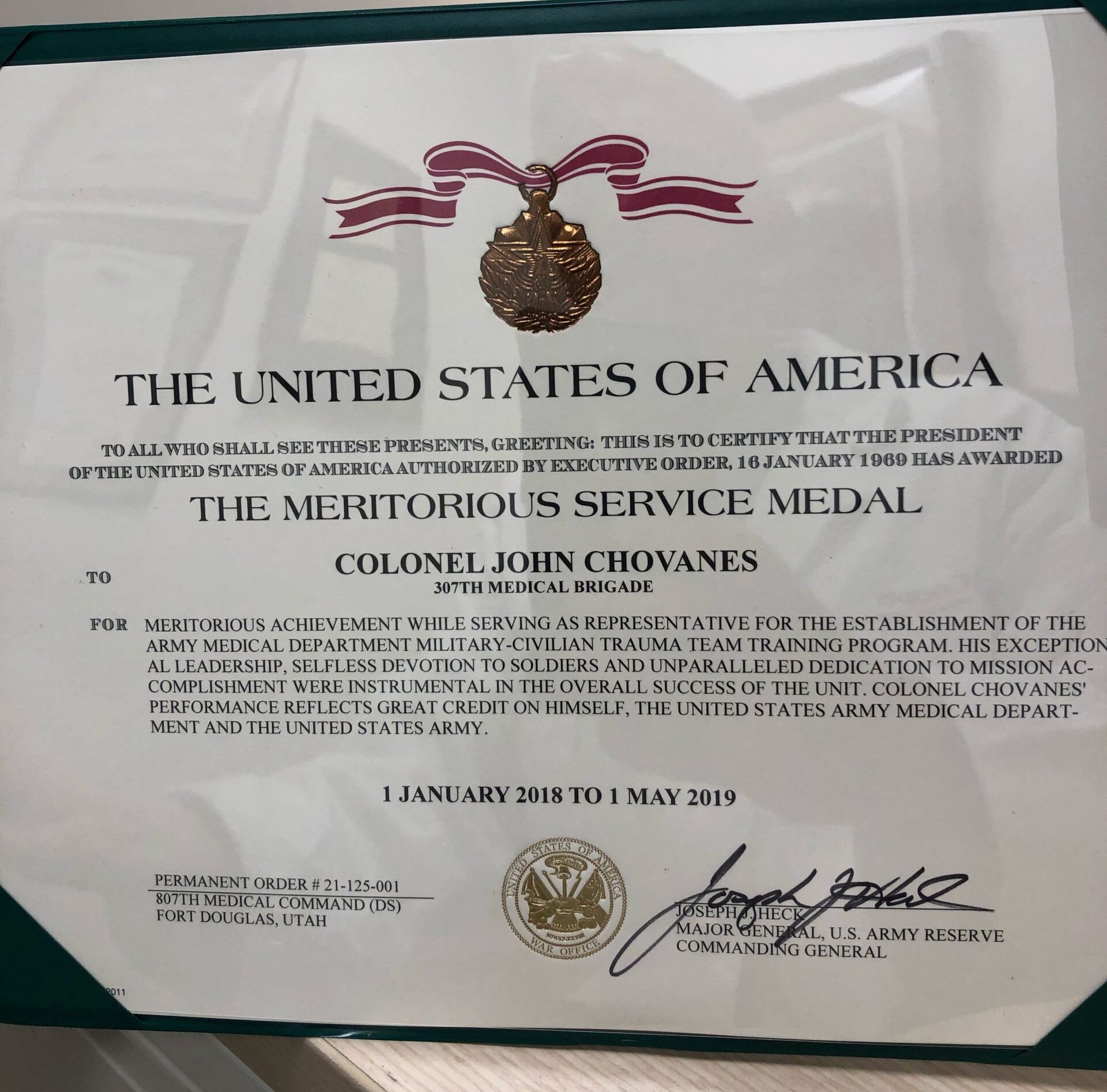 “I am humbled and honored by this recognition. We have an amazing team,” said Dr. Chovanes.

“Congratulations to Dr. Chovanes on this incredibly well-deserved honor. Dr. Chovanes has been the driving force behind the development of Cooper’s military training programs, including the AMCT3, which provide the highest level of training to military medical corps to ensure they can effectively treat any case they may encounter in connection with their combat deployments,” said Kevin O’Dowd, JD, co-CEO of Cooper.

“This is a great honor for Dr. Chovanes who is a tremendous advocate for our trauma team – the busiest trauma team in the region – and their desire to share their expertise to train the men and women serving in our military to save lives on the battlefield,” said Anthony J. Mazzarelli, MD, JD, MBE, co-CEO of Cooper.

Cooper is the only Level I Trauma Center for all of southern New Jersey and is one of the busiest trauma centers in the region. Due to its high-volume trauma center and expertise in surgery and critical care, Cooper provides a wide range of military, diplomatic, and field affairs training programs. Cooper is the only hospital in the United States that has trained elite medical providers from every U.S. military branch, multiple local, state, and federal government agencies, and international partners.