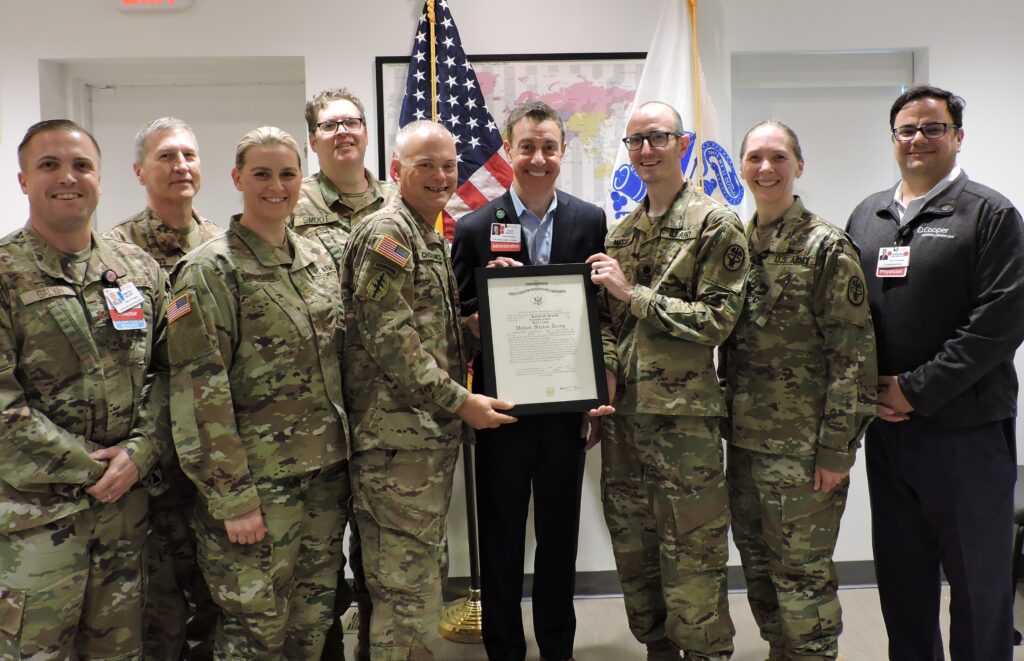 Cooper University Health Care’s Division of Military, Diplomatic, and Field Surgical Affairs was honored to help celebrate the promotion of Dr. Corey Mossop to the rank of Lieutenant Colonel in the United States Army. Dr. Mossop, a native of Pennsauken, NJ,  is a neurosurgeon embedded at Cooper as part of the Army Military Trauma Team Training (AMCT3) Program at Cooper.

In 2019, Cooper became the first hospital in the nation to establish the AMCT3 program. Cooper is the only Level I Trauma Center for all of southern New Jersey and is one of the busiest trauma centers in the region. Due to its high-volume trauma center and expertise in surgery and critical care, Cooper provides a wide range of military, diplomatic, and field affairs training programs. Cooper is the only hospital in the United States that has trained elite medical providers from every U.S. military branch, multiple local, state, and federal government agencies, and international partners.

Congratulations on your promotion, Dr. Mossop! 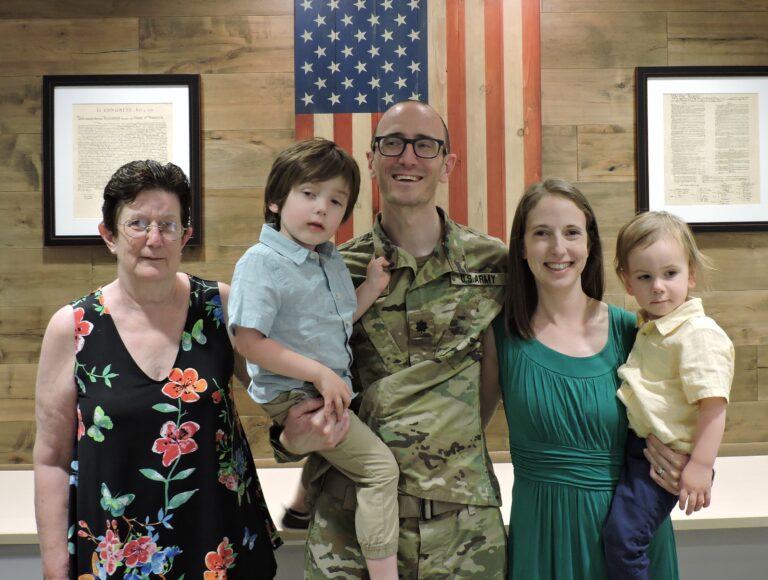 Dr. Mossop with his family. 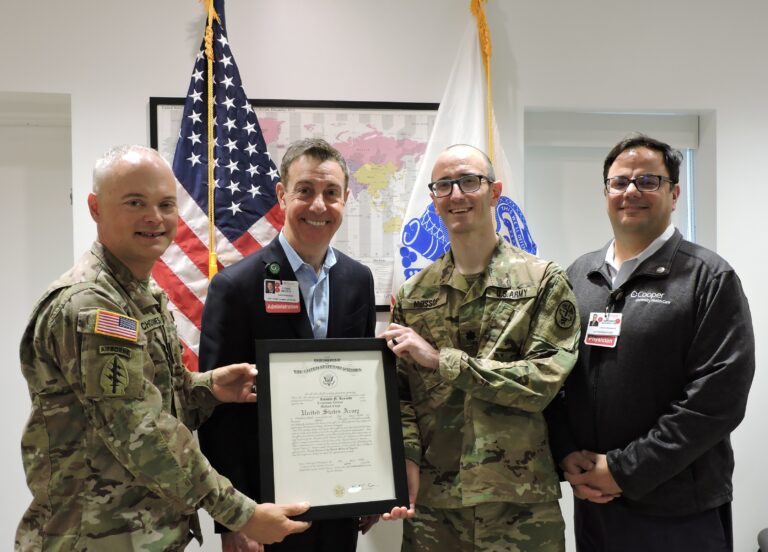 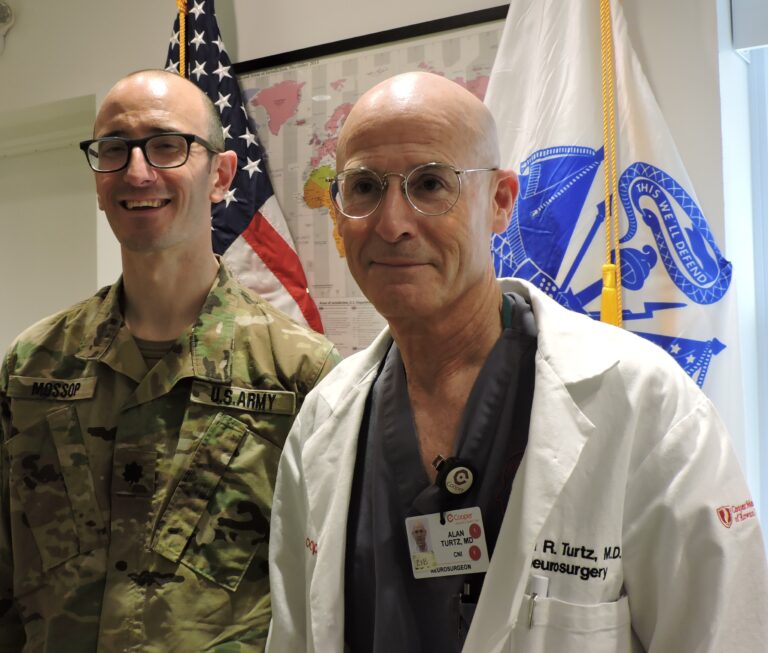