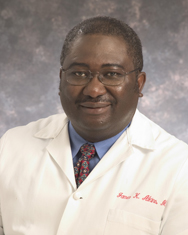 The United States Congress designated the month of January as Cervical Health Awareness Month. With about 15,000 women diagnosed with cervical cancer each year in the United States alone, it is the fourth most common type of cancer for women worldwide. The good news is that it is also one of the most preventable types of cancer.

Deaths from cervical cancer in the United States continue to decline by approximately 2% a year. This decline is primarily due to the widespread use of the Pap test to detect cervical abnormalities and allow for early treatment. Chances of successfully treating cervical cancer are highest when detected early.

Women who have abnormal cervical cell changes that progress to cervical cancer frequently have never had a Pap test or have not had one in the previous three to five years. Before cervical cancer appears, the cells of the cervix go through precancerous changes known as dysplasia. An annual Pap screening test can detect these abnormal cell changes. For some women, these changes may go away without any treatment. Frequently, physicians will prescribe treatment to keep them from changing into cancer.

Cervical cancer tends to occur during midlife in women between the ages of 35 and 44. It rarely affects women under age 20, and more than 15% of diagnoses are made in women older than 65. In those women over 65, cancer typically occurs in those who were not receiving regular screening.

In the early stages, cervical pre-cancers or cervical cancers cause no pain or other symptoms. That’s why it’s vital for women to get regular pelvic exams and Pap tests to detect cancer in its earliest stage when it’s treatable. The first identifiable symptoms of cervical cancer are likely to include abnormal vaginal bleeding or pain during or after intercourse, between menstrual periods, or after menopause.

The human papillomavirus (HPV) is found in about 99% of cervical cancers. There are more than 100 different types of HPV, most of which are considered low-risk and do not cause cervical cancer. HPV is estimated to be the most common sexually transmitted infection in the United States, according to the American Cancer Society. In fact, by age 50 approximately 80% of women have been infected with some type of HPV.

Fortunately, the HPV vaccine can help prevent infection from both high-risk HPV types that can lead to cervical cancer and low risk types that cause genital warts. The same vaccine can also reduce a number of other types of cancers associated with HPV virus including the cervix, anus, vulva/vagina, penis, or throat.

The Centers for Disease Control and Prevention recommends all boys and girls get the HPV vaccine at age 11 or 12. The vaccine produces a stronger immune response when taken during the preteen years. For this reason, up until age 14, only two doses of the HPV vaccine are required. A three-dose series is needed to offer full protection for those ages 15 to 45.

As part of their annual routine primary or gynecological care, all women should discuss cervical health with their care provider. Be sure to ask questions about recommended screenings and vaccinations available.