Recent stories in the news have linked a condition called chronic traumatic encephalopathy with traumatic or repetitive injuries in sports, particularly football. But what exactly is this condition and why should athletes of all ages be concerned?

Chronic traumatic encephalopathy, otherwise known as CTE, is a progressive, neurodegenerative disease that is caused by cumulative, single or repeated hits to the head which may have or may not always have resulted in a concussion. The exact cause is still unknown though research has shown there is a deposit of certain proteins in the brain which accumulate after repeated blows to the head causing a myriad of symptoms. These symptoms may initially include headaches, confusion, memory loss, and poor judgment. Over time it may progress to irritability, anger, other behavioral disturbances, and dementia.

With the recent movie “Concussion” starring Will Smith chronicling the discovery of CTE linked to football and now with an article published in the Journal of the American Medical Association and reviewed in the New York Times in the last month, chronic traumatic encephalopathy has been showing up in the media lately. The updated study published by the Journal of the American Medical Association on football players and this degenerative brain disease reveals a striking result among NFL players. The study examined the brains of deceased former football players and found that 110 out of 111 brains of those who played in the NFL had CTE.

Unfortunately, there is no cure for CTE and it can only be diagnosed after death with a sampling of brain tissue. Therefore, education and prevention have been paramount in helping to curb concussions and sub concussive blows. Rule changes in sports for safer play and the evolution of sports equipment can hopefully help athletes avoid developing CTE. Research is possibly starting to identify individuals and athletes with a certain genetic makeup which makes one more at risk of developing CTE. Treatment of those affected with CTE focuses on family and patient cognitive and psychological support.

While medical science continues to learn more about traumatic brain injuries and CTE, athletes of all ages should take measures to reduce trauma to the head. Before embarking on any sports program, particularly those that involve physical contact, it is important to talk to your physician or a sports medicine specialist to learn ways to reduce risks. 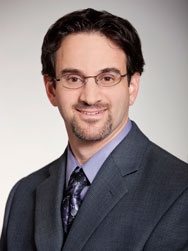