“Up until the 1970s, when blood began being separated and stored into separate components, whole blood transfusions were the standard practice for patients following surgery or major trauma,” explained John M. Porter, MD, head of the division of Trauma Surgery and director of the Center for Trauma Services at Cooper. “As clinicians, we strive to save lives with the most advanced techniques and protocols. In the area of blood transfusion therapy, there is mounting evidence that using whole blood for patients with traumatic injuries is superior to current conventional practices.” 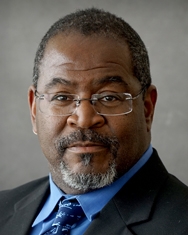 John M. Porter, MD, head of the division of Trauma Surgery and director of the Center for Trauma Services at Cooper

According to researchers, component blood (plasma, platelets and packed red blood cells) given in equal proportions — the current standard of care for trauma patient with severe bleeding — replicates, but does not duplicate, the benefits of whole blood. In the May 2014 issue of Surgery, Mayo Clinic researchers note that component blood also contains “a myriad of additives,” and contains a  concentration of the proteins that is 40 percent less than needed for optimal clotting.  According to the researchers, the better alternative is transfusions with whole blood — either stored or fresh.

Studies of U.S. Army data also have shown that whole blood transfusion is associated with improved or comparable survival compared to resuscitation with blood components.

“In simple terms, when time is of the essence, using whole blood rather than blood components ensures early replacement of clotting factors that have been depleted with traumatic injury,” said Dr. Porter. 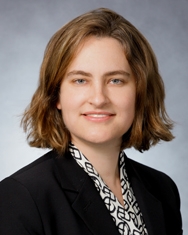 Recognizing the benefit that whole blood transfusions offer patients in critical situations, Dr. Porter reached out to Charlene Bierl, MD, PhD, director of the Clinical Laboratory at Cooper (which includes the hospital’s blood bank) about developing protocols for the use of whole blood in the Cooper’s Trauma Center. The idea was presented and approved by Cooper’s Transfusion Committee, and from there it was a year-long process until the program officially began in September 2016.

“Since relatively few hospitals offered a whole blood program for trauma patients, we sought out the expertise from the Mayo Clinic and the University of Pittsburgh Medical Center, who at the time were the only hospitals in the nation doing this,” said Dr. Bierl, who has specialty training in transfusion medicine. “Based on input received, protocols were developed and permissions were obtained from all regulatory agencies that oversee and certify blood banks.” The Cooper team also worked with its blood suppliers to have units of whole blood available, since component blood is the industry standard.

“Because of the complexities of blood typing, whole blood therapy isn’t currently appropriate for all patients,” said Dr. Bierl.  “For those patients who meet the criteria, the early results of our pilot program have been successful.”

As more and more trauma centers seek to implement whole blood programs, Cooper has received numerous inquiries from other health systems, and Dr. Porter and Dr. Bierl have been asked to present Cooper’s insights and findings at a number of professional panels.

Cooper’s Trauma Center is one of only three state-designated Level I trauma centers, and has been serving South Jersey for 35 years. Each year, Cooper treats nearly 4,000 trauma patients, making it one of the busiest trauma centers in the state and region.