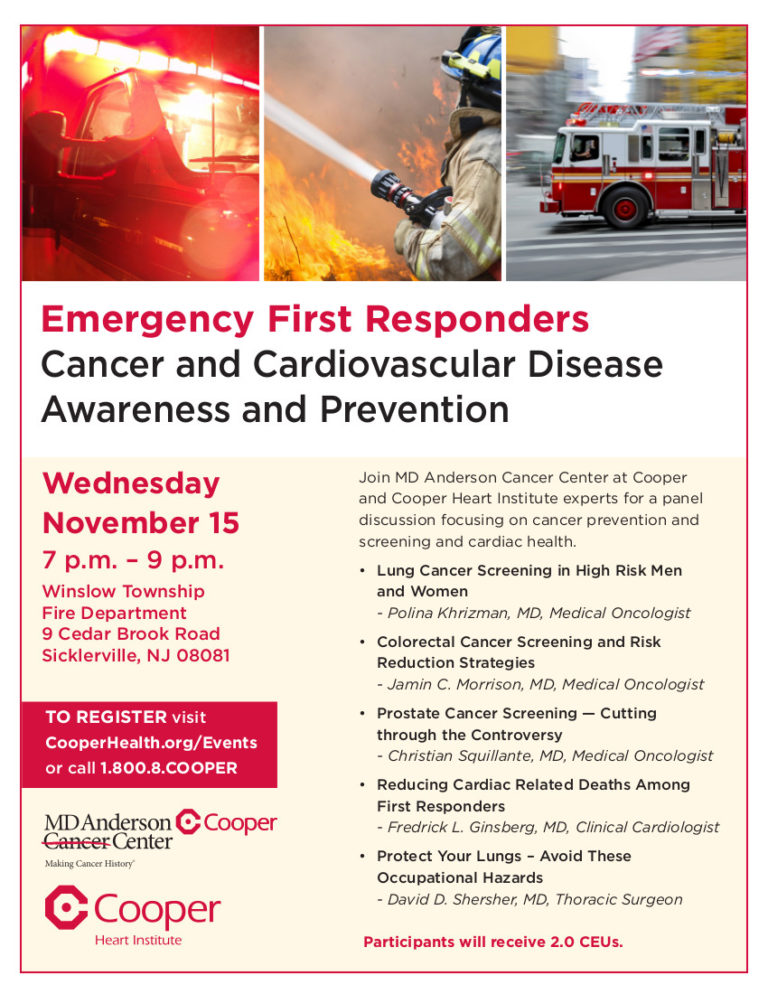 Free blood pressure screening will be offered starting at 6:30 p.m., the program begins at 7 p.m. Two (2) CEUs will be provided for attending this event. Read more.

The University of Texas MD Anderson Cancer Center is once again ranked the nation’s top hospital for cancer care by U.S. News & World Report’s annual “Best Hospitals” survey. Since the survey began in 1990, MD Anderson has been named one of the top two cancer hospitals, and it has ranked first 13 times in the last 16 years.

MD Anderson Cancer Center at Cooper, which partnered with the world-renown institution in October 2013, is one of seven clinically integrated partner institutions in the United States. Read more.

The Avon Breast Health Outreach Program has awarded a $37,000 one-year grant to MD Anderson Cancer Center at Cooper’s Camden County Cancer Screening Project (CCCSP) to increase awareness of the life-saving benefits of early detection of breast cancer. It is the tenth year that the program has received funding from the Avon Foundation for Women to support its work on this important health issue, and in recognition of the program’s excellence. Read more.

U.S. News & World Report has released the results of its Top Hospitals Survey – and, once again, MD Anderson Cancer Center in Houston, Texas, is ranked the No. 1 cancer hospital in the U.S.