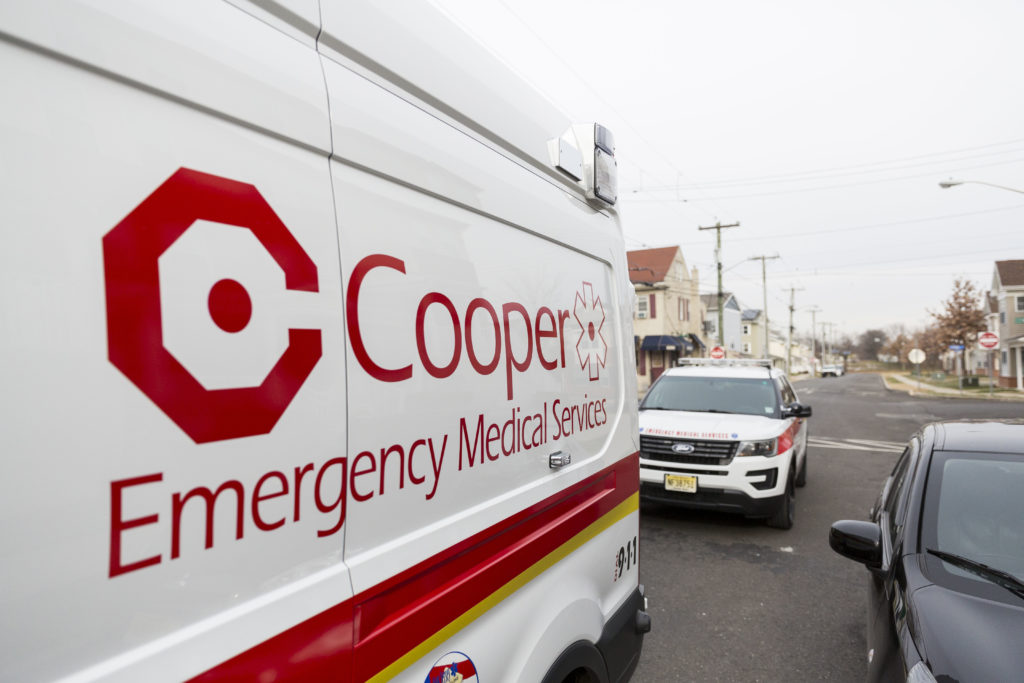 For the third consecutive year, Cooper University Health Care’s Emergency Medical Services (EMS) in the City of Camden has responded to more emergency calls and done so with exceptional response times. Since Cooper EMS began providing service in January 2016, emergency calls have increased by 21 percent. In 2018, Cooper EMS responded within eight minutes 90 percent of the time for all advanced life support (ALS) calls.

“When Cooper University Health Care took over EMS services three years ago, we promised the residents of the City of Camden that we would improve response times, services, and community involvement and we have delivered,” said George E. Norcross III, Chairman of the Board of Trustees at Cooper.

Prior to Cooper taking over EMS, an independent study indicated ALS responses in Camden only met the eight-minute national benchmark on 70 percent of calls. Cooper combined ALS and basic life service (BLS) to improve response time and create a more efficient service. Since the program’s inception, Cooper EMS has consistently responded within the eight-minute benchmark for 90 percent of ALS dispatches, despite the ever-growing number of calls each year.

“We are proud of the tremendous work our emergency medical technicians, paramedics, and support staff have done in improving service to Camden residents and reducing response times,” said Anthony Mazzarelli, MD, JD, MBE, Co-President of Cooper.

“It is an honor for us to provide this life-saving service to residents of Camden and surrounding communities, who deserve nothing less than best in class emergency response times” said Kevin O’Dowd, JD, Co-President of Cooper.

In addition to BLS and ALS services, Cooper EMS provides additional community outreach, education, and training services including the national “Stop The Bleed” training to other local first responders, agencies, schools, and residents. Cooper EMS also participates in dozens of community events annually including wellness fairs, educational events, and stand-by services at community and sporting events, and has been recognized by a number of agencies for their service. In 2018, Camden Mayor Frank Moran and members of Camden City Council honored Cooper EMS staff and members of the Camden Fire Department for their cooperation and going above and beyond the call of duty on several cases.