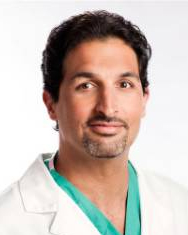 An established premiere stroke prevention team has just gotten better. A potential complication of traditional vascular surgery or stenting for stroke prevention in patients with carotid artery disease is the risk of a stroke occurring during the procedure itself. Vascular surgeons at Cooper University Health Care are now performing a new advanced, minimally invasive technique to deliver a stent into a blocked artery while reducing the risk of stroke.

“The transcarotid artery revascularization (TCAR) procedure uses a special transcarotid neuro-protection system (NPS) to reduce the risk of stroke during the insertion of the stent,” said Jeffrey P. Carpenter, MD, Chairman and Chief of the Department of Surgery at Cooper. “As an academic health system, we are always investigating and implementing the most advanced technology and procedures to benefit our patients.”

“The novel NPS device allows the surgeon to directly access the common carotid artery in the neck and initiate high-rate temporary blood flow reversal to protect the brain from stroke while delivering and implanting the stent,” explained Joseph V. Lombardi, MD, FACS, Head, Division of Vascular and Endovascular Surgery. 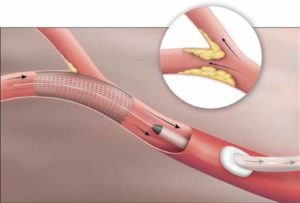 ENROUT E stent being deployed during the TCAR procedure.

The TCAR procedure is performed through a small incision at the neckline, just above the clavicle. This incision is much smaller than a typical incision made during standard carotid artery procedures. The surgeon places a tube directly into the carotid artery and connects it to the NPS. The patient’s blood then flows through the NPS, and any material is captured in a filter outside the body. The filter prevents fragments of plaque from traveling to the brain and causing a stroke. The filtered blood is returned through a second tube in the patient’s upper leg. After the stent is placed successfully, flow reversal is turned off and blood flow resumes in its normal direction. 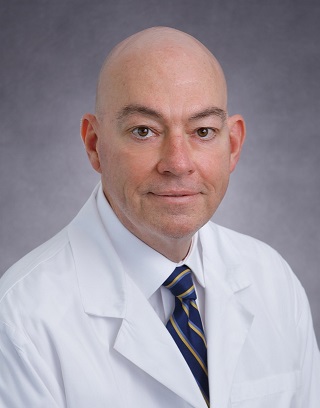 “Our vascular surgeons at Cooper treat all aspects of vascular disease and perform the most stroke prevention procedures in the region, including the most complicated and high-risk patients,” Dr. Carpenter said. “TCAR provides a new option and may be a good choice for those patients who are considered high risk for traditional surgery because of age, anatomic issues, and other medical conditions.”

To make an appointment with one of Cooper’s Vascular Surgeons, call 800.8.COOPER. For more information about Vascular Services at Cooper University Health Care, visit CooperHealth.org/Vascular.