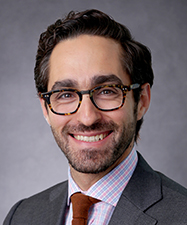 On Nov. 15, 2022, many news outlets reported on a new study that saying that smoking marijuana may be more harmful to the lungs than smoking cigarettes.

“As recreational pot has gained traction in states all across the country, more research has been focusing on its health effects. One argument marijuana supporters have stood by for years – that weed is healthier than cigarettes – is now coming under fire.

A new study has found that smoking marijuana may be more likely to cause certain health problems than tobacco.”  (Source: 6abc.com)

The connection between smoking tobacco and risk of lung cancer and emphysema is well established. With the legalization of marijuana, the widespread recreational use has increased professionals’ concerns for similar connection with emphysema and, to a lesser degree, lung cancer.

We simply do not yet know how strong these associations are. With legalization comes opportunity to study the long-term effects of marijuana use in all of its forms. It will certainly be interesting to see if, as lung experts, our “gut feelings” about its use in inhalant form, does in fact increase risk of progression to emphysema.

Although marijuana is “more natural” in its pure form than cigarettes, its smoke still may contain potential carcinogens, chemicals, oils, and high temperature substances. Each of these can be dangerous to the airway, and can lead to any number of short-term injuries such as high- temperature related burns, to long-term injuries, such as the destruction of lung architecture. We still do not know if the chemicals and oils in the marijuana can lead to lung cancer, but we anticipate that scientific data from studies will help answer that question. Furthermore, vaping marijuana oils has similar potential risk factors, even if many users consider this as a “cleaner” way to use marijuana.

The benefits of cannabis use are well described and cannot be ignored. Our experts at MD Anderson Cancer Center at Cooper recommend judicious use of marijuana products, with emphasis on use of non-inhalation products. There are many ways to derive the benefits from marijuana without smoking it.

As we like to put it, “the only thing you should be breathing is air.”