Vaginal transmission of cervical cancer — a phenomenon that has not been previously reported — was detected in two pediatric patients, researchers in Japan reported. Two boys whose mothers had undetected cervical cancer at delivery went on to develop lung cancer in early childhood, most likely resulting from mother-to-infant transmission of uterine cervical tumor cells, according to Ayumu Arakawa, MD, of the National Cancer Center in Tokyo, and colleagues.”

MedPageToday: Baby Boys Get Cancer From Mom During Birth 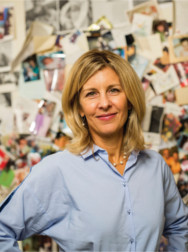 Authors Arakawa et al report the rare occurrence of cancers occurring in two children, likely acquired from their mothers during vaginal delivery. In both of the cases described, the patient was not known to have cervical cancer during the pregnancy, nor at the time of delivery. In cases in which cervical cancer is known prior to delivery, or large tumors are noted for the first time during labor, Cesarean section is the recommended mode of delivery. In the second case, a “tumor” was noted to be protruding from the woman’s cervix but was not biopsied prior to delivery nor suspected to be invasive cancer and she was allowed to have a vaginal birth. If the cervical cancers were known prior to birth, vaginal delivery would have likely been avoided. There are women who have delivered vaginally with known cervical cancer and although there fetuses were not reported to have developed cancer, there are case reports of cervical cancer recurring in episiotomy scars so again this supports recommending Cesarean delivery in all cases of invasive cervical cancer, except for microinvasive disease.

In cases of known cancer during pregnancy, which occurs in 1 per 1000 pregnancies, it is recommended to examine the placenta closely for evidence of cancer cells. This can be done at the pathology lab of the delivering hospital. Even in cases of cancer cells spreading to the placenta, they often remain on the maternal side only and rarer still metastasize to the fetus/newborn. The majority of cases of cancer during pregnancy are primary cancers, and less commonly they are widespread at the time of diagnosis. Pregnant women without widespread disease are unlikely to transmit any malignant cells to the placenta and therefore transmission to the fetus cannot occur. In those cases in which widespread disease was noted in the mother and cancer cells spread via the placenta to the infant, the patients underwent deliveries without first treating their cancers. It is possible that had these same women been treated with chemotherapy, the burden of tumor cells would have been decreased and therefore presumably less likely to involve the placenta. In cases of known acute leukemia, or widespread lymphoma, treatment during pregnancy is recommended, whereas in the cases in the tables and referenced in this article all the cases of leukemia and lymphoma were delivered prior to treatment.

Except for the cases described in this article in which the infants were presumed to swallow malignant cells via the vaginal birth process, metastases to the placenta invariably are hematogenous, meaning spread by blood and occur only in patients with widely disseminated malignant disease. Malignant melanoma is the most frequent metastatic tumor involving the placenta but again all cases showing cancer cells in the placenta do not always reach the fetus. Leukemia and lymphoma is the next common type of cancer to be seen in the placenta in rare cases. Regardless of the type of cancer diagnosed during pregnancy, it is suggested to examine the placenta. Of the 450 cases of cancer diagnosed during pregnancy enrolled and followed in the Cancer and Pregnancy Registry, there were no cases of infant malignancies.