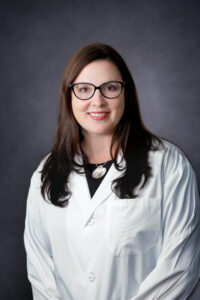 January is Cervical Health Awareness Month. It’s a good time to talk about how women can protect themselves from cervical cancer and HPV (human papillomavirus).

Each year, about 13,000 women are diagnosed with cervical cancer in the United States, and it is the fourth most common type of cancer for women worldwide. The good news is that it is also one of the most preventable types of cancer.

Cervical cancer tends to occur in women between the ages of 35 and 44. It rarely affects women younger than 20, and more than 15% of diagnoses are made in women older than 65. In women older than 65, the cancer typically occurs in those who are not receiving regular screening.

In the early stages, cervical cancer causes no pain or other symptoms. That is why it’s vital for women to get regular pelvic exams and Pap tests to detect cancer in its earliest stage, when it’s most treatable. The CDC recommends that women have regular screening tests starting at age 21.

Before cervical cancer appears, the cells of the cervix go through precancerous changes known as dysplasia. Regular Pap screenings and pelvic exams can detect these abnormal cell changes. For some women, these changes may go away without any treatment, but sometimes physicians prescribe treatment to keep these abnormal cells from changing into cancer.

HPV is found in about 99% of cervical cancers and can be detected by a Pap test. More than 100 types of HPV have been identified. Most of these are considered low risk and do not cause cervical cancer. According to the American Cancer Society, HPV is the most common sexually transmitted infection in the United States. By age 50, approximately 80% of women (and men) have been infected with some type of HPV, but most people never know that they have the virus.

Fortunately, most women who are infected with the HPV virus do not go on to have cervical cancer. In most cases, HPV infection does not last long, and the majority of infections resolve on their own. Although there is no cure for HPV, when treatment is needed, medications and surgical procedures can eliminate warts and abnormal cells in the cervix.

A vaccine for HPV is available. It is safe and highly effective in preventing infection from both high-risk types of HPV that can lead to cervical cancer and low-risk types that cause genital warts. The CDC recommends that all boys and girls get the HPV vaccine at age 11 or 12, but it can be started as young as age 9. For the HPV vaccine to be most effective, the vaccine series should be given before children are exposed to the virus.

If vaccination is started before age 15, a two-dose schedule is recommended, with the doses given six to 12 months apart. Those who start the series after their 15th birthday receive a series of three shots, six months apart. The HPV vaccine is not recommended for anyone older than age 26. Patients should speak with their doctor about their risk for new HPV infection and the possible benefits of vaccination.

Cervical cancer is one of the most preventable and treatable forms of cancer. As part of their annual routine primary or gynecological care, all women should discuss their cervical health with their care provider. It is important to ask questions about symptoms, recommended screenings, and available vaccinations.

Lauren Krill, MD, is a Gynecologic Oncologist at MD Anderson Cancer Center at Cooper and an Assistant Professor of Obstetrics and Gynecology at Cooper Medical School of Rowan University.