“The Vatican announced that Pope Francis had responded well to colon surgery in a hospital in Rome on Sunday evening, overcoming the first significant health challenge in a pontificate that has lasted more than eight years and shifted the priorities and direction of the Roman Catholic Church.

“In a short statement released late Sunday night after the unexpected announcement of the pope’s hospitalization earlier in the day, Matteo Bruni, the Vatican spokesman, said that the operation had taken place while the pope was under general anesthesia and that Francis, 84, had “responded well.”

“Earlier Sunday, Mr. Bruni stunned the faithful throughout the church when he announced that Francis had been taken to the Gemelli hospital in the Italian capital for “scheduled surgery” to treat symptomatic diverticular stenosis of the colon.” 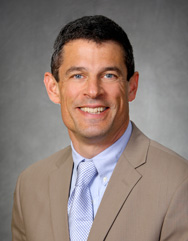 The Vatican reported over the weekend that Pope Francis will be electively admitted to a Rome hospital for a scheduled surgery on his large intestine.  They report that he is suffering from “a symptomatic diverticular stenosis of the colon”. With this diagnosis, surgical resection of the portion of the colon containing the diverticular stricture should cure the problem.

Diverticular disease is a common condition affecting the colon, in which small bulging pouches develop in the wall of the colon. Prevalence of this condition increases with age, eventually affecting over 65% of people by the time they turn 80 years old. Risk factors include obesity, low fiber diet and physical inactivity. Diverticulitis is the most common complication of diverticular disease, and affects about 10-25 % of people with diverticular disease. Diverticular stenosis can occur in patients with chronic diverticulitis/inflammation and often requires surgery as the definitive treatment. Untreated, diverticular strictures often cause progressive symptoms of abdominal pain, bloating, a change in bowel habits and can eventually lead to a colon obstruction, which would be a surgical emergency.

Surgery for a diverticular stricture usually involves removal of about 20% of the colon, rarely requires a colostomy, and can often be done with minimally invasive techniques. Most patients will require a 5-7 day hospital stay, and should expect a full recovery within 4-6 weeks. However, even though his surgery is “elective” and “common”, it is major abdominal surgery, and complications can occur, especially in elderly patients.

Colorectal surgeons at Cooper University Health Care diagnose and treat a full range of colorectal disorders, including inflammatory bowel disease, diverticulitis, and colorectal cancer. To learn more about these conditions, including treatment options at Cooper, please visit our website.