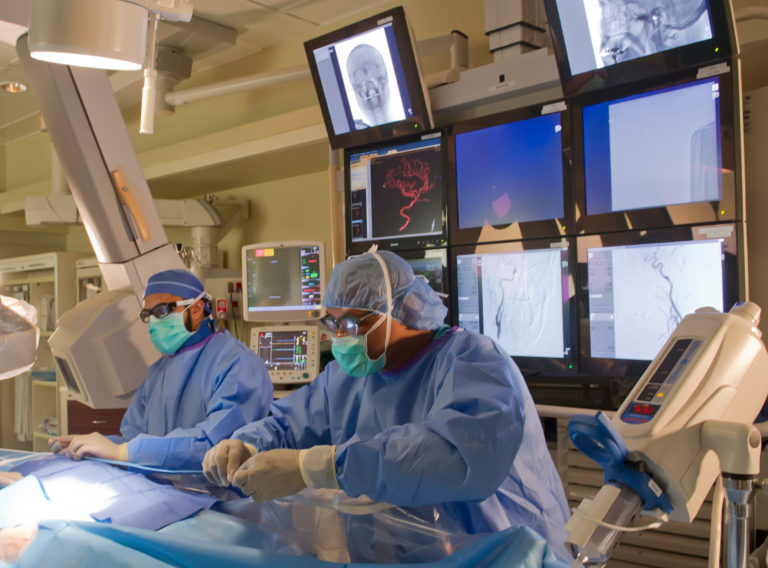 Today is World Stroke Day, a chance to raise awareness for stroke prevention. A stroke can happen to anyone, at anytime, anywhere. One in four adults will have a stroke in their lifetime. Stroke is a leading cause of death and disability worldwide, but almost all strokes could be prevented. Scroll down for ways our Cooper Experts help patients identify, treat, and recover from strokes, and visit our website to learn more about the Cooper Stroke Program.

FAST: Learn the Warning Signs of a Stroke 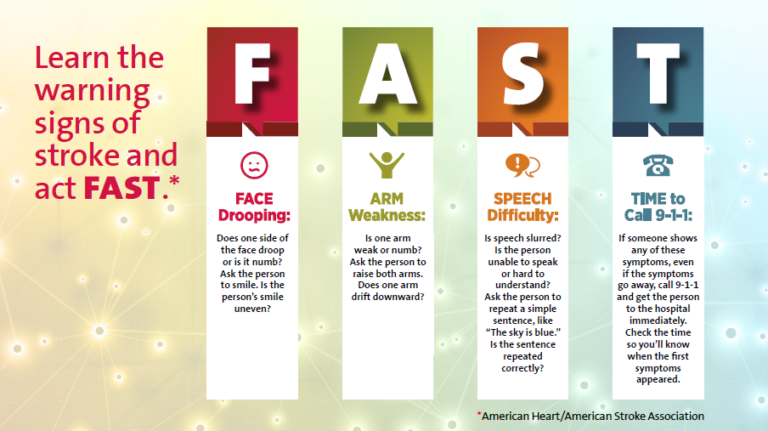 Learn the warning signs of stroke and act FAST:

Earlier this year, clinicians at Cooper continued to pioneer new treatment methods for treating patients with aneurysms. Cooper was the first hospital in New Jersey to use the WEB® Aneurysm Embolization System, a permanent self-expanding mesh ball implant for the treatment of wide-neck aneurysms located at or near branching areas of arteries in the brain, and the first in New Jersey to perform an endovascular embolization of a ruptured brain aneurysm using the Comaneci device, a new temporary coil embolization assist system. Read more in this article. Learn more about these new technologies in this video by interventional neuroradiologist Hamza A. Shaikh, MD, co-director, Neurointerventional Surgery at Cooper.

In 2020, became the first hospital in the world to use a new virtual reality (VR) system for patient rehabilitation following a stroke. “As an academic health system and a leading provider of advanced stroke and neurological services, we are committed to adding promising new treatment modalities to our complement of therapies,” said Tudor G. Jovin, MD, chief and chairman of the Cooper Neurological Institute, and internationally renowned neurologist and researcher. “Virtual Reality is an emerging new approach to treatment in stroke rehabilitation settings. We are proud of our role in the development of this new system and are excited to be the first hospital in the world to use it with our patients.” Read more in this press release. 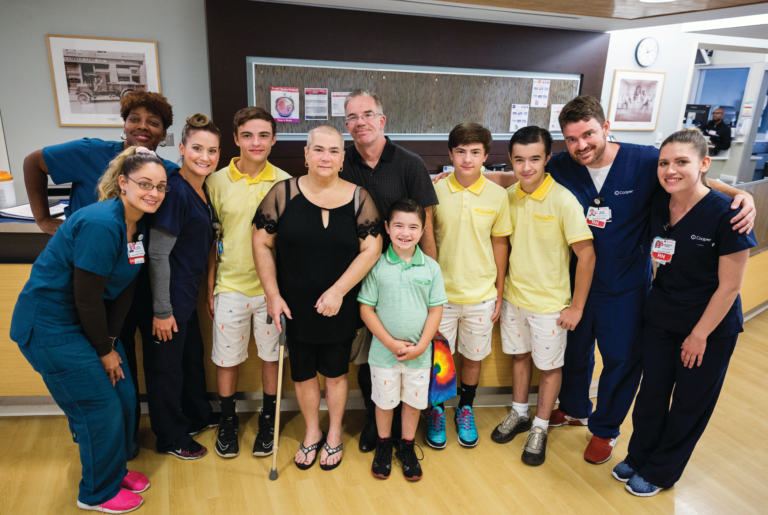 “I was home cleaning and I went to step into the shower. That’s the last thing I remember.”

Judith woke up in the intensive care unit (ICU) of Cooper University Health Care. She suffered from a ruptured aneurysm that resulted in a stroke that released blood into the space around her brain. Commonly called a subarachnoid hemorrhage, this is a life-threatening type of stroke. When she arrived at Cooper, Judith was treated by Cooper’s stroke team, led by Tudor G. Jovin, MD, Chief and Chairman of Cooper Neurological Institute, and Cooper’s neurosurgery team, led by Alan R. Turtz, MD, Chief of the Department of Neurosurgery.

“I want to thank Dr. Jovin and the team at Cooper,” Judith says. “I owe them more than I could ever repay them. I am back home with my boys, where I belong, and I can still be their mom.” Read her full story on our eHealth blog.